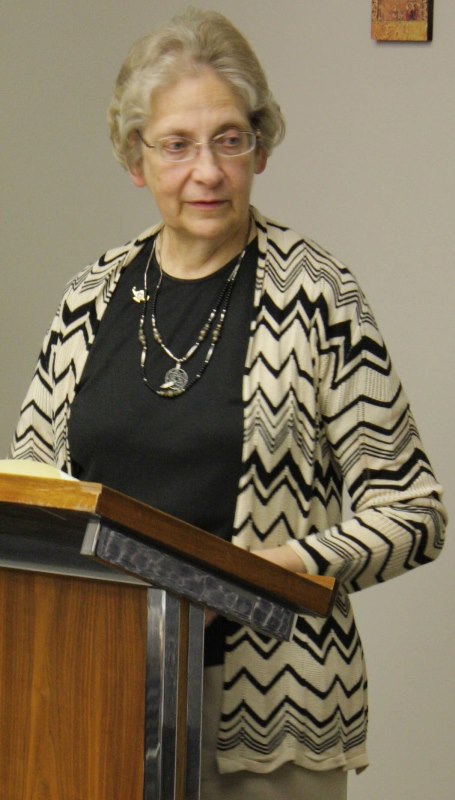 Rosemary Leonard, RN, who has been with Franciscan Health Crown Point since it opened in 1974, addresses attendees recently after receiving the hospital’s 2017 Nightingale Award. As an observance of National Nurses Week in May, the hospital’s Professional Development Council of Shared Decision Making annually chooses a winner from among nominees.

Among nominee comments, Leonard, an obstetrics-pediatrics nurse, was called, an “all-hands-on-deck, hard-working nurse who shows knowledge and compassionate care to patients;” “she treats patients and families as her own family;” ”she takes her job seriously and conducts herself with extreme professionalism;” and, “if they wrote a TV show about her, it would be called, ‘Everybody Loves Rosemary.’ “ Leonard, of Griffith, said she was “surprised, shocked and honored” to receive the award, adding it was the third time she had been nominated. She said her nursing philosophy is “to treat everybody as family.” The award is named for legendary nurse, Florence Nightingale, who is called the founder of modern nursing.