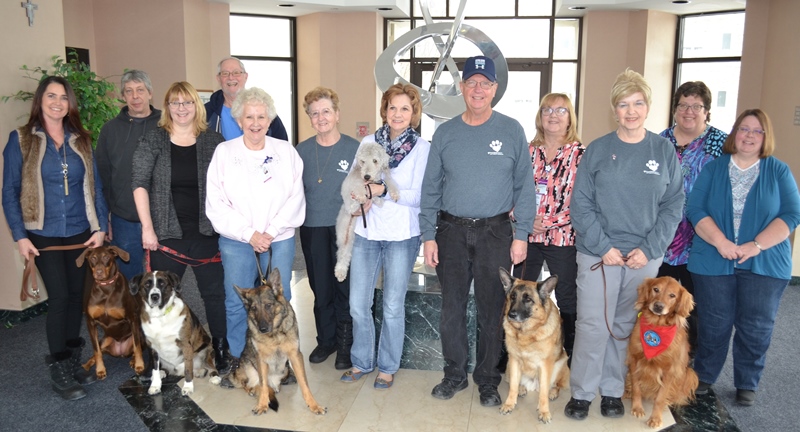 Living a philosophy of “man’s best friend also can be a healer,” Franciscan Health Crown Point celebrated the second anniversary of its Pet Therapy program recently, with a gathering in the hospital’s Marian Education Center that was attended by most of the team members and their canines. The program has brought relief and pleasure to hundreds of patients and their families throughout the hospital since its inception, thanks to the two-year effort of coordinator Julie Canady, an administrative assistant in the Franciscan Health Marketing Department. Six dogs initially joined the effort, which now has 27 canines, along with owners and other members.