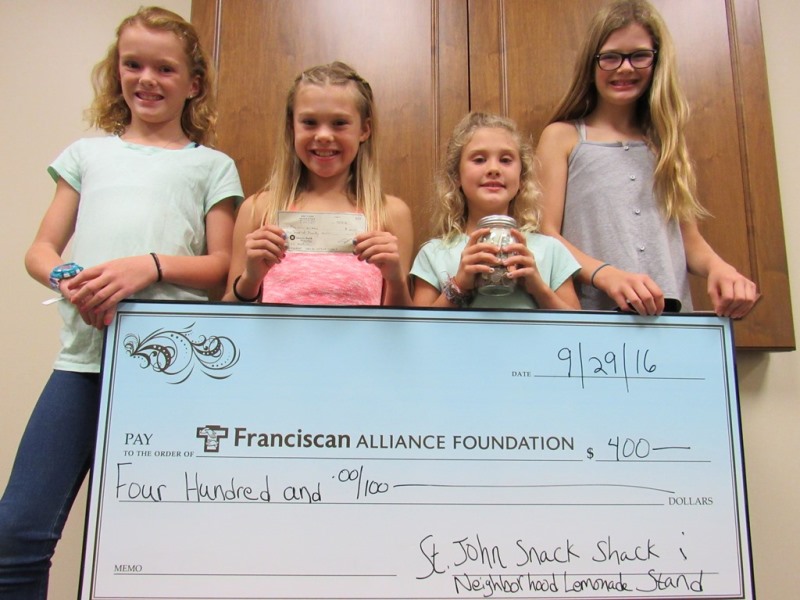 Neighborhood girls from St. John recently baked a cake and served lemonade, for a good cause, as they raised $400 for the Franciscan Health Crown Point Neonatal Intensive Care Unit, which treats premature newborns and sick infants. The young ladies were inspired by the work of Eric Culp, DO, father of two of the girls, who is a neonatologist for the hospital and specializes in helping vulnerable infants in the NICU.

The girls set up a stand and sold homemade cake slices and lemonade. “We called our stand the ‘Snack Shack’ and got a lot of cars to stop. We got a lot of change, dollar bills and even checks. We want to help the little sick babies have a chance. We had fun and it will help babies,” said Chloe Culp, second from left. Also shown, from left, are Molly Sheeran, Delilah Culp and Alexandra Dubish. Not pictured is Ella Knopf.