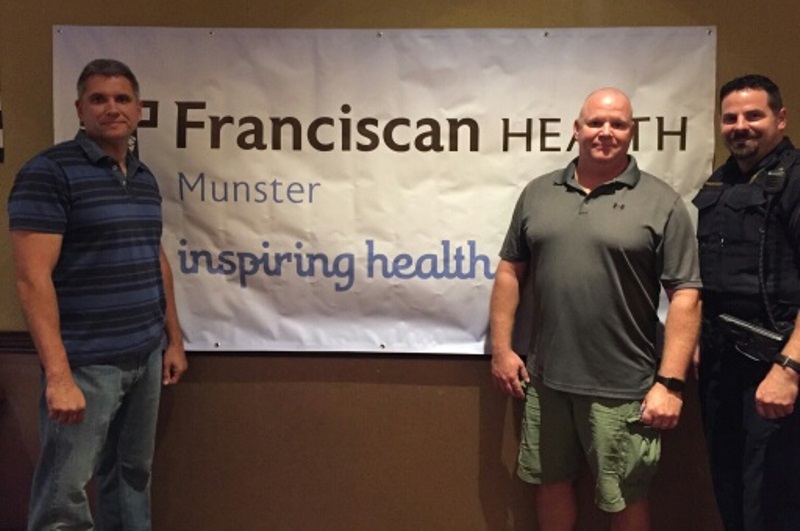 Franciscan Health Munster was a sponsor of the Munster Police Department’s booth at the town Chamber of Commerce’s Chili Cook Off Oct. 3 at the Center for Visual and Performing Arts. “We are so grateful for Franciscan’s sponsorship,” said Lt. John Peirick, right. “You folks do good work.”

Twelve organizations competed in the culinary competition, which attracted more than 150 participants to the annual event. Although the police did not win this year, their booth was a favorite among the crowd. Proceeds from the event benefit scholarships for area students. Also shown, from left, are Patrolman Blake Werner and Sgt. Tom Kuhlenschmidt.