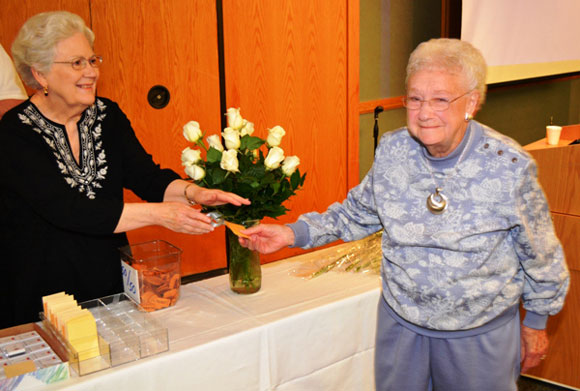 Volunteers were honored for service hours totaling 100 or more. The auxiliary’s 231 members donated 48,315 hours last year and have raised, through various fund-raisers and from the gift shop they run, more than $2.2 million for the hospital, which uses the proceeds to enhance its services, since it opened in 1974.

The auxiliary annually presents a $100,000 check to hospital president David Ruskowski during an event earlier in the year. Ruskowski, who spoke at the luncheon, thanked the volunteers for what he called their invaluable contributions, in time and monetarily, to the hospital’s success.