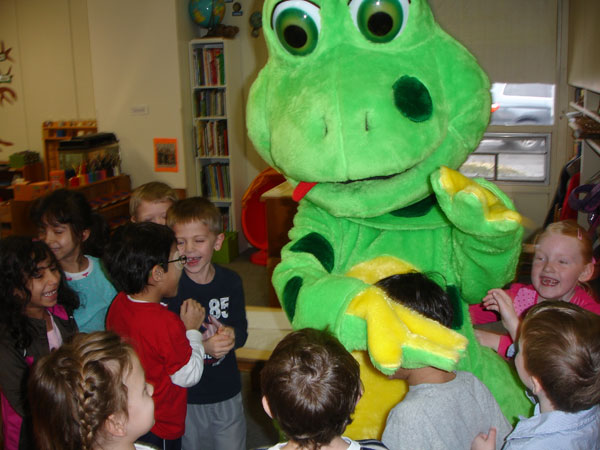 Montessori School of Valparaiso Toddlers, Preschoolers and Kindergartners were paid a visit by Freckles the Frog from United Way’s Success by Six initiative. Part of the school’s February curriculum centered around amphibians, so the visit was quite appropriate. Freckles was greeted by hugs, kisses, high fives and handshakes. Only a few of the children were a little shy with the large, green amphibian.

When the children were asked how they thought Freckles got her name, the children pointed out her spots. “I have freckles too!”, Kindergartner Autumn Porter proudly stated. Montessori School of Valparaiso is now accepting early registrations from currently enrolled families for the 2011-2012 school year. Enrollment for the general public will begin on March 10, 2011. Montessori School of Valparaiso offers programs for toddlers starting at 18 months to 3 years old, preschoolers ages 3-5 and a Kindergarten that meets from 8am-1:30 pm.

Please call 462-1932 to schedule a visit and observation or to be put on the mailing list for a registration packet. 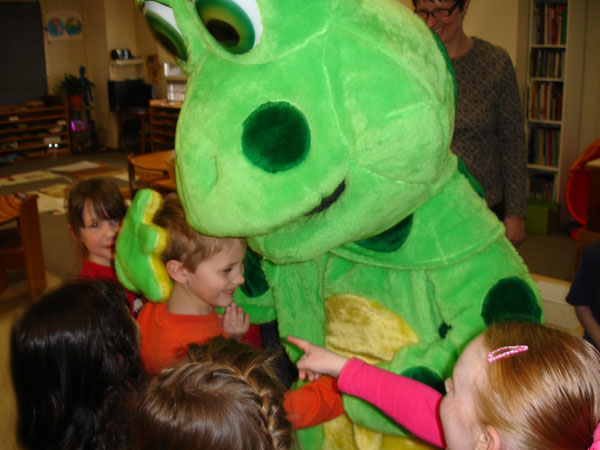 Photo 1
Toddler Program student and resident frog lover, Ethan Konkey, receives a giant hug from Freckles the Frog. All of the staff were excited to see Ethan’s reaction because of his particular interest in and love for frogs.

Photo 2
Kindergartner Jonathon McClure held back patiently while Freckles was greeted by his fellow students and then came forward for a big hug. 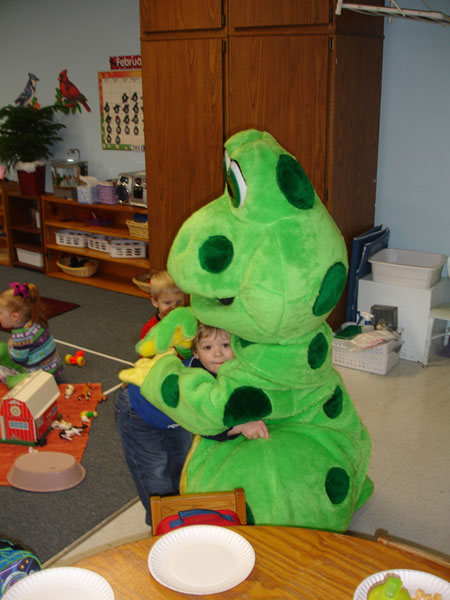