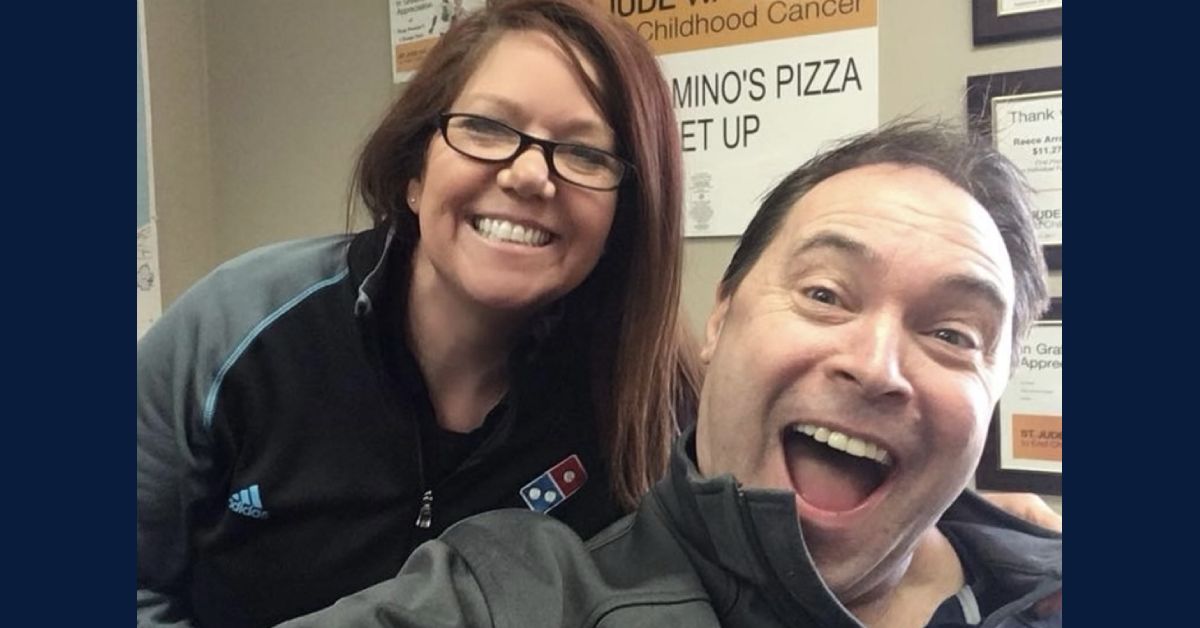 In 1992, Carol Mittman took a job as a delivery driver for Domino’s Pizza while completing a bachelor’s degree. 30 years later, Mittman manages 25 Domino’s Pizza locations as the director of business development. Her positive attitude and management style has allowed her to inspire team members from all over the area.

“Back in 1992, I was going to college in Chicago and I needed to make extra money. My brother was a manager at Domino's, and he told me that the money was great as a driver. I got a job there and I was a delivery driver while I went to college until I got my bachelor's degree,” Mittman said.

Originally, a career at Domino’s Pizza was not on Mittman’s radar. As a criminal justice major, she didn’t intend to stay at the store after completing her degree.

While figuring out her next steps after graduating, Mittman was approached by a franchisee who asked her if she had ever considered running a store.

“I said no, and he said, ‘Well, why don't you just try it? It would look really great on a resume.’ I said, ‘Okay, I'll run shifts,’ and I realized probably within a month that motivating and training teams and making pizzas was a great job,” said Mittman.

Mittman continued to climb the ranks at Domino’s Pizza, and she recently made the switch to becoming director of business development.

Making the switch from the team management side of the company to the business development side has been a huge change for Mittman. Though she thoroughly enjoys her new role, she does miss the constant interactions with other team members.

“Not seeing team members every single day was a big transition for me because, for me, it's all about seeing the people and trying to motivate and inspire and educate them,” Mittman said.

“Because I've done this for a long time, I'm known as the one who always kind of thinks with a positive mindset,” said Mittman. “I have a tagline that I'm known for in Chicago which is ‘motivate, inspire, and educate.’ I have a very strict belief that if I go into a Domino's store, the first thing I want to do is motivate the team to be excited to show up for work. Then I'm going to try to inspire you with some of my pizza knowledge and some of the fun things that can happen in a Domino's store. If I can get you to be inspired, then I'm going to educate you on running a business as if you own it.”

Mittman’s road to success has allowed her to inspire people at every level in the Domino’s company. From delivery driver to director of business development, Mittman is able to relate to team members on a personal level in a way that makes them excited to succeed.

“I started as a delivery driver. I was an assistant manager, a general manager, and then a district manager for 15 years. Then I was a marketing and training director. I did all these positions going up to a director of operations. Now I finally achieved the director of business development,” said Mittman.

Her willingness to learn and grow within the company was the main catalyst for Mittman’s continued success.

“To achieve all these levels, technically you don't need a college education, you just need a desire to move up. I think that it's important for people to know that. If I can do it, anybody can do it,” Mittman said.

Throughout her time at Domino’s Pizza, Mittman has also managed to be a single mother of five kids, who have all been involved with Domino’s Pizza in some way. Though maintaining responsibilities of both Domino’s Pizza and motherhood have been difficult at times, Mittman wouldn’t have it any other way.

Mittman’s years of experience at Domino’s have also led her to pick up some interesting skills. Most notably, Mittman can make a pepperoni pizza in 23 seconds.

“I can actually do circles around people half my age at Domino's,” said Mittman.

As a leader, Mittman encourages others to remain humble and work hard to accomplish whatever goals they wish to achieve.

“The most important quality in a leader is to be humble, to have an open mind, and to be selfless in watching people succeed. If you want to be successful, you have to be willing to work hard, think outside the box, and sometimes accept defeat, but keep pushing yourself forward,” said Mittman.

To learn more about Domino’s or to apply to a local store, visit https://www.dominos.com/