This July of 2017, Frontline Foundations will be celebrating its 10th year anniversary. The organization is a certified substance and drug abuse outpatient treatment center with unique recovery program techniques. They are a small organization, but one that deals with big issues with big hearts and big dreams for their clients.

The organization started in 2007 in Chesterton and in 2015, they added a location to La Porte County, located on Michigan Avenue in La Porte, across the street from the La Porte County Courthouse.

“We had been talking about going to La Porte for awhile,” Derek Frazier, the Operations Director of Frontline said. “The main purpose for going to La Porte was that we knew there was a huge need in the community. At the time there was only one treatment center which was the Swanson Center, and with La Porte County being such a large county, and with only one treatment center we knew there was a huge need and we just needed to go where the need was.”

As soon as the doors opened in La Porte, the organization was up and running. In 2016, La Porte County was named a High Intensity Drug Trafficking Area or HIDTA and more programs such as PAARI, Police Assisted Addiction and Recovery Initiative began. Undercover arrests, the La Porte County Drug Free Partnership, the Problem Solving Court in the county: all were programs dealing with the substance abuse problem in a more public way, Frazier said. The more openness, he said, the better it is to fix.

“We want to erase the stigma that people can’t talk about it and it has to be swept under the rug,” Frazier said. “We want people to know there is a problem. You can learn about the overdose rate, and those horrible numbers, but do people in the community really know about the problem and are they talking about it?”

According to him, one in five homes deal with addiction and the Frontline staff wants people to know there is a place for help.

Frontline Foundations works closely with the probation department, La Porte Hospital physicians, those of the Problem Solving Court, criminal defense attorneys and more, who help with the biggest, most important aspect to the organization: referring people to them, or onto another organization. 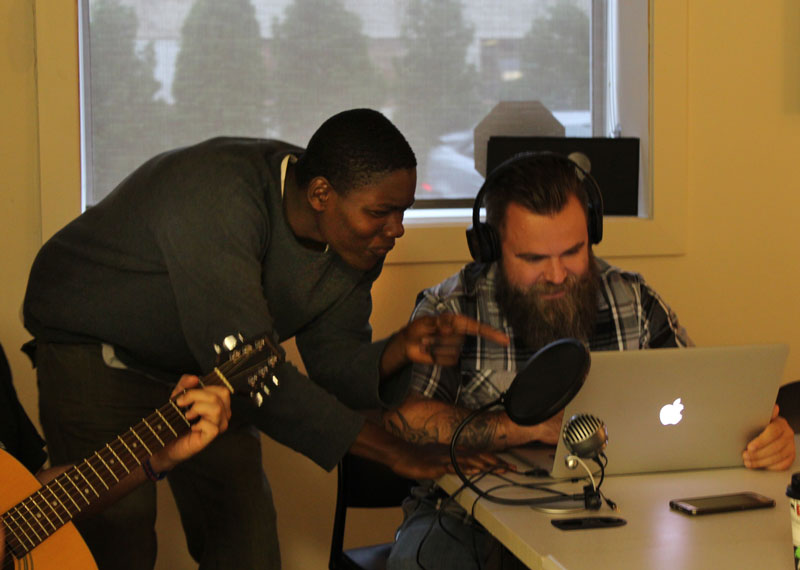 “We work very closely with the hospital so that once a person overdoses we are the first stop in referrals,” he said. “Then, we can come in and get them set up for an appointment or set up at an in-patient center, since we are outpatient. So, it is not all about us, but we want to make sure they are getting the help they need.”

What is unique about the recovery program is how they use art and music to help their clients through treatment. The artwork recovery program has been there since about 2010, Frazier said, but the music program is new and has not been brought to the La Porte location yet, due to space issues in the building.

“The program allows them to connect with their recovery, which is all related back to the 12 steps and gives them the opportunity to express themselves,” Frazier said.

“With the art program we talk about freedom from shame, freedom from guilt. What does that look like? And we give them the tools they need to create and express themselves.”

For the music recovery, the clients sit and talk about their feelings, which are then turned and produced into a real song.

The foundation also does individual and group therapy sessions, as well as family-involved sessions to help their clients in anyway and in as many ways as they can.

Over the years, the foundation has expanded to include clients from 18-years-old to 38, which previously was age 25. The staff are out doing presentations in the community, telling more people about the services offered.

Every 12 weeks, the staff gives out an anonymous survey to the clients, asking how the program has helped, if they stayed 100 percent abstinent from substances during their time, and other questions. 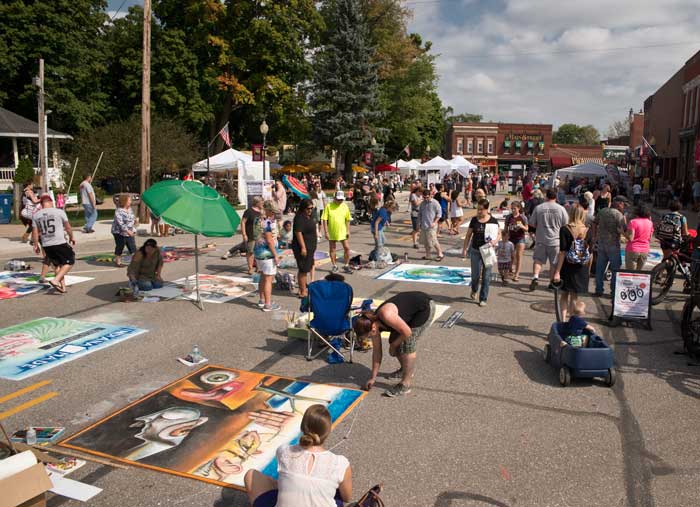 “In the most recent 2016 survey, it showed 90 percent of clients remained completely abstinent. That’s huge. And 99 percent said the program helped them personally in their lives,” Frazier said.

According to him, the national average for people completing a substance abuse treatment program of any kind is at 45 percent.

“At Frontline, we have a treatment completion rate of 65 percent. That means two out of three clients are completing treatment, which is way above the national average,” he said.

To support their clients, Frontline Foundations asks the community to support them every year with their annual Hooked on Art Festival, which will be September 23, 2017 in downtown Chesterton.

The festival includes live art, chalk-drawing contests, and the staff welcomes the community to view the art produced from their clients.

“We want people to know about us and what we are doing,” he said. “We want to get the word out that we are here, we want to help people, and for everyone to know, addiction does not have to be a life sentence.”