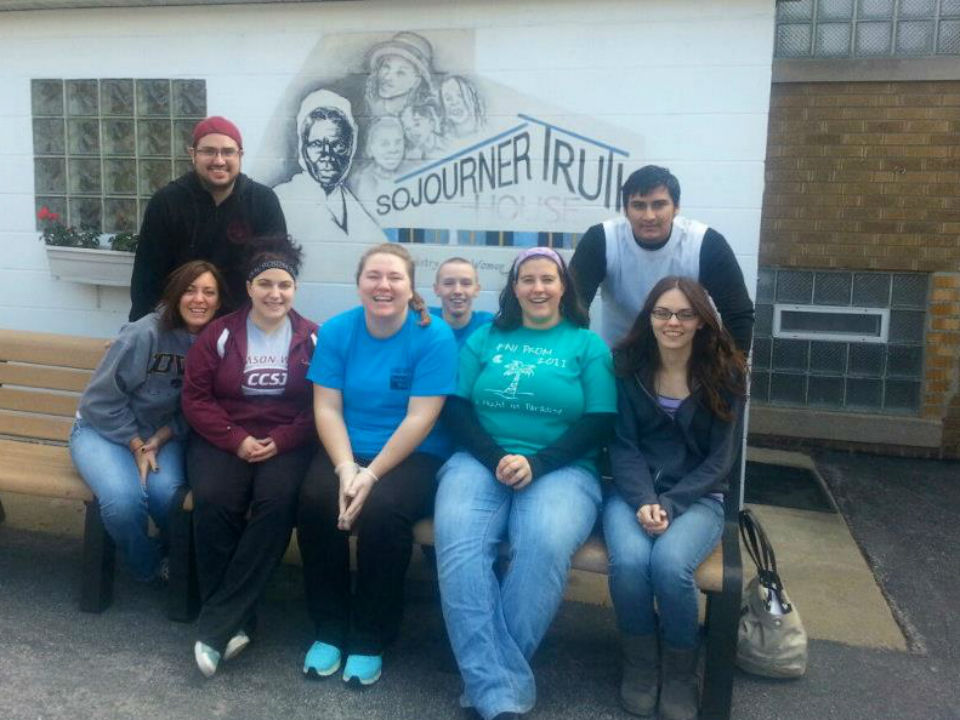 When a group of Catholic priests, members of a religious community calling itself the Missionaries of the Precious Blood, came to the Calumet Region of Northwest Indiana in 1951, their intention was to establish an outpost of higher learning to serve the area’s inhabitants.

Today, the result of their labors exists as Calumet College of St. Joseph — CCSJ for short — a small (less than 1,000 students), fully accredited university located in Whiting.

Guided by the principles of their faith, the school’s founders believed that education should not be limited to academics alone. It was equally important to them that the college also concern itself with the spiritual and ethical development of its students.

More than half a century later, that is still very much the case. As the mission statement that appears in its current promotional catalog phrases it, the college promotes “the inherent dignity of all people, social justice, an ethic of service, student empowerment, opportunity, and lifelong learning.”

Not coincidentally, those same principles also happen to be embodied in a student-run volunteer organization that was formed on campus in 2012 by a college employee and a former student. It’s called G.I.V.E., which stands for “Get Involved, Value Everybody.” And that, essentially, is what its members do. 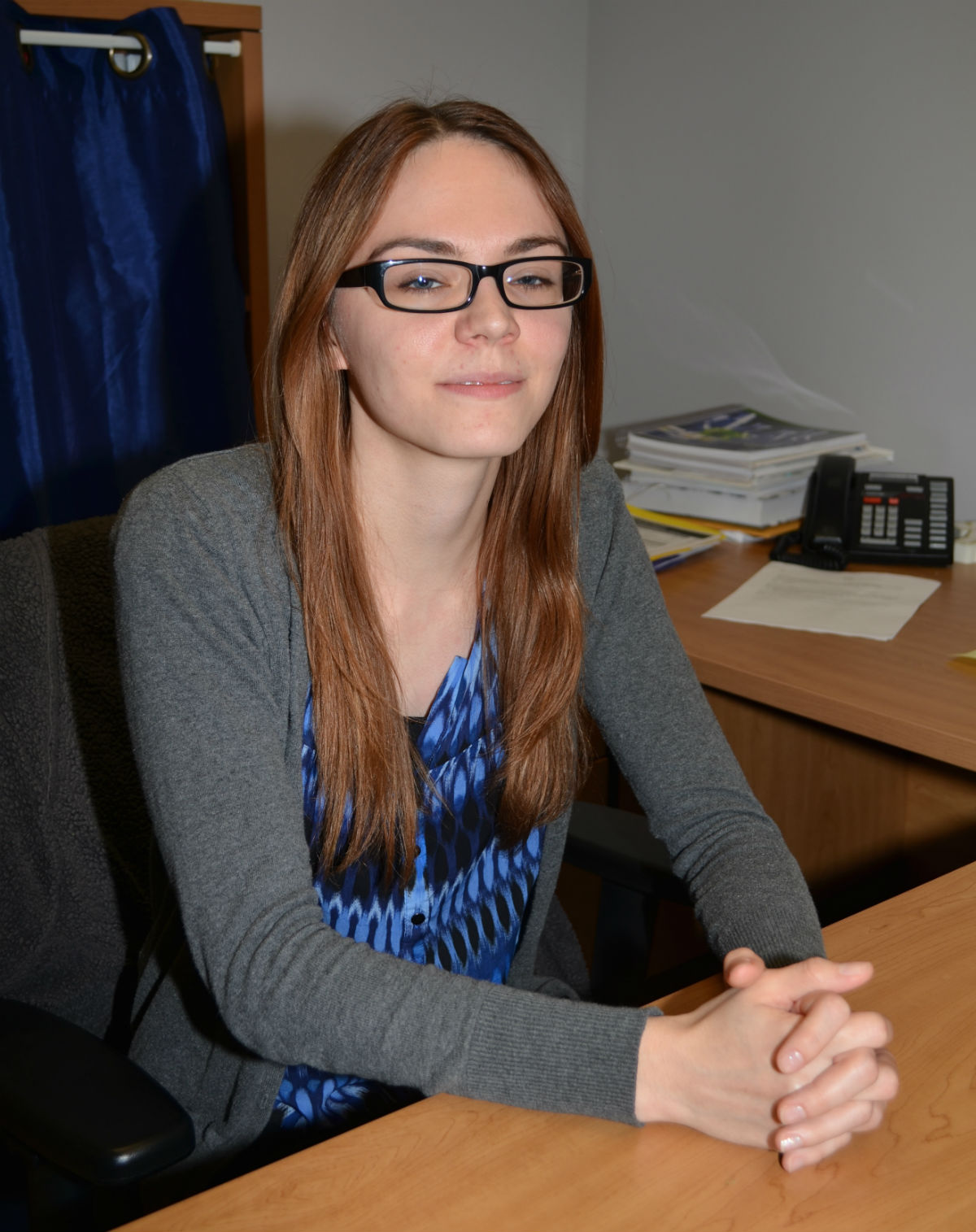 “We partner with different organizations throughout Northwest Indiana,” explains Jessica Compton, the group’s current president. “We have a monthly day of service where we open it to everyone in the community or the college to go out and volunteer with us at their different locations.”

Service projects have included a diverse range of undertakings: assisting residents at the Sojourner Truth House, a day center for homeless and at-risk women and children in Gary; serving breakfast to the hungry at the Salvation Army’s community center in East Chicago; sorting and packaging donated goods at the Food Bank of Northwest Indiana and helping to build homes with members of Habitat For Humanity.

“Sometimes organizations reach out to us, but mostly, we reach out to them,” Compton said. “For example, on our next day of service, we wanted to focus on something to do with education or reading literacy — so I reached out to our contact person at United Way and asked if any of their partner organizations could use our help along those lines. So they’re looking into us maybe doing something with the Boys & Girls Club or the YMCA.”

“We’re ready to help any way we can,” she adds. “Whatever is needed.”

Given a choice, however, volunteers place a premium on assignments that allow them to interact with the people they are helping.

“That’s one of our goals at G.I.V.E. — to create meaningful volunteer opportunities,” said Compton. “We call ourselves a ‘service learning club,' the idea being that, when you do volunteer service work, you should strive to learn something from the experience. To take something away from it. You’re not just doing service to do service.”

Membership in the organization at any given time averages around 30 individuals, including faculty and staff.

“It’s hard to pin down,” says Compton, “because some people will come to one service thing, then they don’t do service for a while, but they come back again later.”

Compton’s commitment to the organization, by comparison, has been constant. A junior at the college, the Biomedical Science major has been an active member of G.I.V.E. since her freshman year, when she volunteered to serve as its vice president.

“I’ve always been involved in service,” she says. “I was in a service club in high school, at Jones College Prep in Chicago, and it’s something I’ve always enjoyed doing. I knew coming into college that I wanted to continue doing it, and G.I.V.E. was a perfect fit.”

One of her principal duties as the club’s president is planning for the monthly “day of service.”

“I have to make sure that we know where we’re going, that we have enough volunteers, who we’re volunteering with, how we’re getting there, if we’re car-pooling, and all of that.” 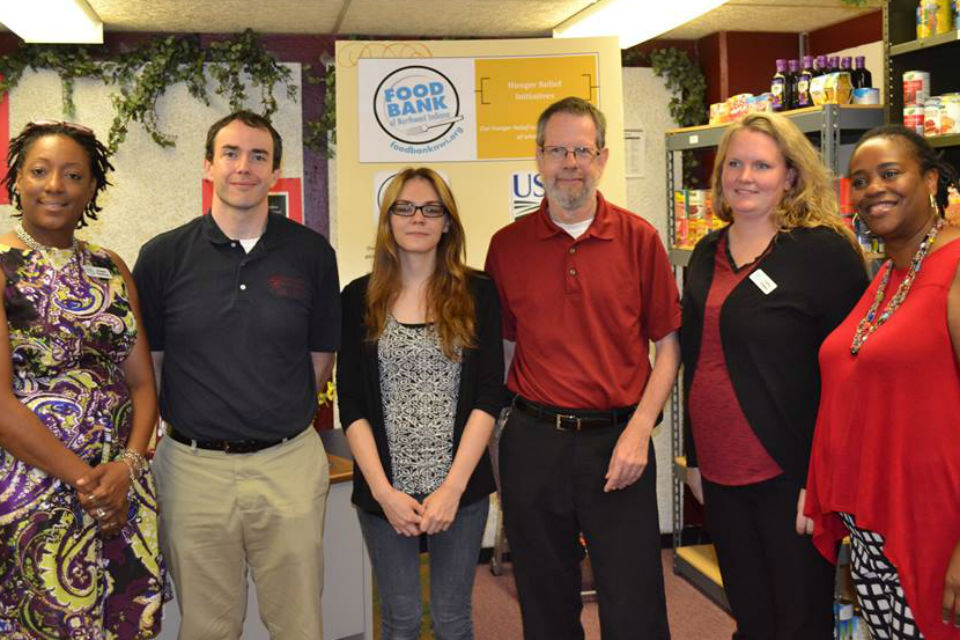 Compton also serves as the director of the school’s Food Pantry, which G.I.V.E. started last year and continues to operate. Located in the basement of the 6-story building that houses virtually the entire college, the Food Pantry serves CCSJ students, employees and staff members.

“Hunger is a real prevalent issue in our community,” she says. “So we wanted to do something to help.”

Some of the food is donated, and some of it is purchased in bulk from the Northwest Indiana Food Bank.

“We’re partners with them,” says Compton, “so we get a discount.”

G.I.V.E. gets some financial support directly from the university. The organization also does some fund-raising of its own, through on-campus food sales and occasional special events, such as a recent Walk-Run that raised more than $700.

There is genuine personal satisfaction in helping others, Compton confirms, but volunteer work is also a great way for students to enhance both their life skills and their resumes.

“Helping someone makes you feel good,” she says, “but being a volunteer also teaches you a lot of practical things — things like planning events, promoting them, fund-raising. When you’re going to school you want to build your resume. You don’t have a lot of work experience, so maybe that volunteer experience can make up for that. I think it’s a factor for a lot of people.”

But ultimately, she says, it’s about awareness. “It’s about understanding that hunger and poverty are real, and that we need to -- and can -- do something about them.”

Top Photo:G.I.V.E. members gather outside the Sojourner Truth House in 2012.

Middle Photo:Jessica Compton is the president of the G.I.V.E. organization at Calumet College of St. Joseph. She has been involved in the program since her freshman year.