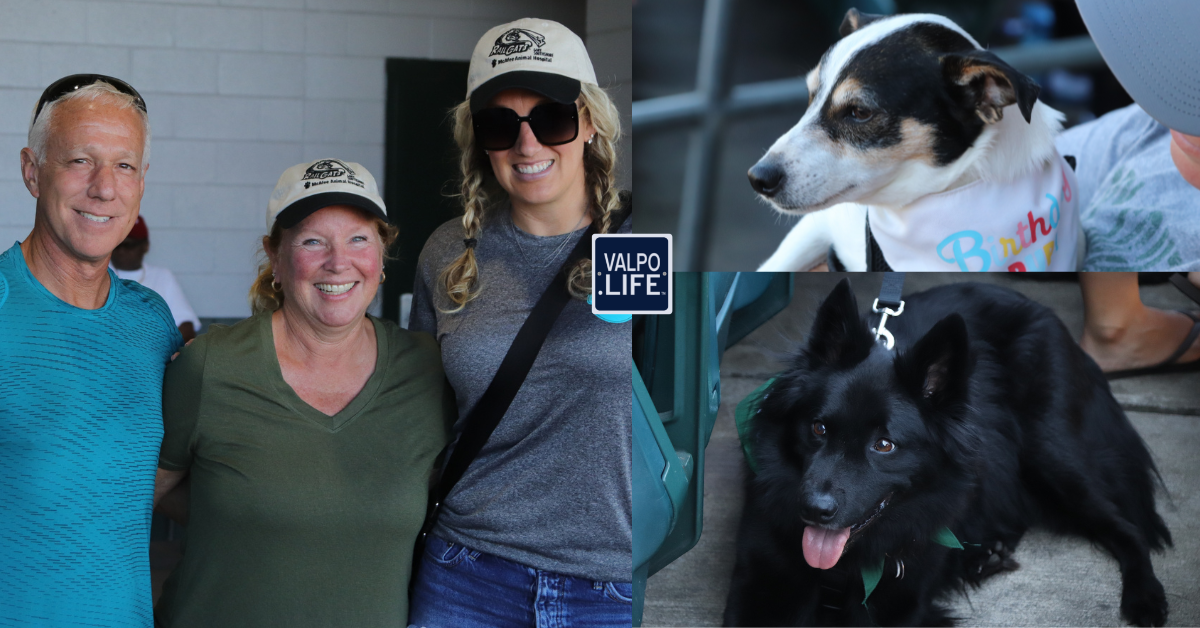 Hot dogs were not the only type of dog present today at U.S. Steel Yard, home of the Gary SouthShore RailCats. The terms dog park and ballpark became synonymous as their biannual “Bark in the Park” invited baseball enthusiasts to bring their furry companions.

Anyone in attendance at today’s game between the Gary RailCats and the Chicago Dogs would find themselves surrounded by happy hounds. Floppy ears erected at sounds of the cracking bat as all creatures great and small sat and walked about the stadium, ranging from German Shepherds to Miniature Rat Terriers… and everything in-between.

The event was sponsored by the McAfee Animal Hospital located in Valparaiso. According to Ashley Nylen, Manager of Marketing and Promotions for the RailCats, Bark in the Park helps increase awareness of the veterinary organization and its services.

“They've [McAfee Animal Hospital] got a table out on the concourse,” Nylen said. “They're visiting with the different fans that are here just talking about what they do with the hospital.”

They also featured a dog bandana giveaway, in which the first dogs through the stadium’s gates received a McAfee and RailCats dog bandana. Nylen finds the recreational event to provide a distinctive experience.

“It's a unique opportunity to be able to bring your dog to see a baseball game and we’re excited about that,” said Nylen. “It's just a fun day.”

Specializing in preventative care, the McAfee Animal Hospital was established in 1943 by Dr. John McAfee. His son, Dr, Larry McAfee joined his father’s practice in 1975, partnering with Dr. Steve Violante in the late 1990s. Now, granddaughter Dr. Brooke McAfee continues the family tradition, with eleven years of service presently. She asserts that Bark in the Park directly reflects the mission of the animal hospital.

“The motto of our clinic is ‘where caring and community matter,’” explained McAfee. “I feel like this is a great opportunity for us to get together. When you have any dog involvement - having a dog here, getting to be around dogs, getting back to a baseball game. It's just a great community event.”

McAfee reflected on past Bark in the Park events, sharing Nylen’s appreciation for the event’s consistent light-heartedness. She believes that the Railcats Stadium benefits from its own participation.

“I feel like we did this first about five years ago, but it's just a super fun atmosphere,” McAfee said, “I think it's great for the Gary RailCats to sponsor things like that.”

Thus with no plans on discontinuing the event, the question must be begged: “Who let the dogs out?”

To learn more about the McAfee Animal Hospital, visit their website here.