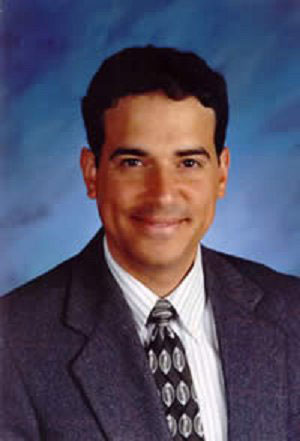 Born in San Juan, Puerto Rico, Miguel E. Rosario-Vega began his musical studies as a piano student. At age 14 he started studying trumpet with the second trumpet of the Puerto Rico Symphony Orchestra. During high school he served as principal trumpet of the San Juan Youth Symphony, worked as a free-lance trumpet player, and also played with the Puerto Rico Symphony Orchestra. He continued his studies at the Indiana University Jacobs School of Music completing studies with a Bachelor of Music in Trumpet Performance (1987) and a Master of Arts for Teachers (1994).

He has studied conducting with Leonid Korchmar and Oleg Proskurnya at the International Academy of Advanced Conducting in St. Petersburg, Russia, where he received an honorary mention for his accomplishments. In the summer of 1990 he was an active participant at The Conductors Institute of the University of South Carolina where he studied with Donald Portnoy and Harold Farberman. He has also studied conducting with Professors Ray Cramer and Stephen Pratt of the Indiana University Jacobs School of Music. While at Indiana University, Miguel taught in the areas of brass techniques and music education.


Mr. Rosario has received numerous artistic and academic awards throughout his career. He has been awarded the Puerto Rico Young Musicians Foundation Performance Scholarship, and the New York Philharmonic Music Assistance Fund. He is also the recipient of two Teacher Creativity Fellowship research awards from the Indianapolis based Lilly Endowment, Inc. Foundation. The first fellowship award in the summer of 2000 allowed him to travel to Puerto Rico and conduct research work in the repertoire of wind music from Puerto Rican composers. In the second fellowship award he was named a Lilly Endowment “distinguished fellow” and received a $25,000 grant which allowed him to engage in a wide variety of artistic and educational projects.

Mr. Rosario currently teaches music in the Valparaiso Community Schools system and volunteers his time as the director of the adult choir at Valparaiso First United Methodist Church.

VIP reservations can be made online here and are limited to 200 reservations. General lawn seating or purchasing meals at the event does not require a reservation.