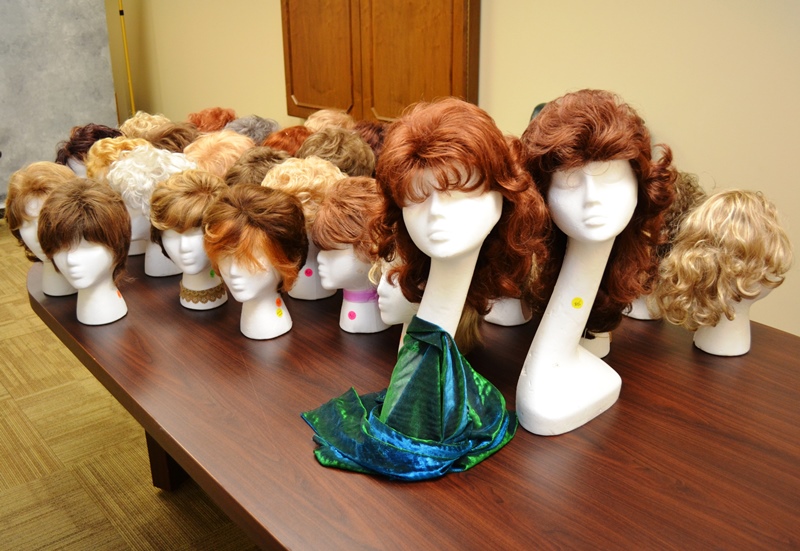 Some 37 years ago, Marjorie Mitchell opened the Curle Shoppe Hair and Wig Salon on U.S. 231 on the northern outskirts of Rensselaer.

A particularly bad winter made her realize that driving further north to work at another shop on ice-covered roads no was longer an option. Her husband, Chuck, supported her idea to open a salon behind their house, which was nestled in country field.

Now, after serving the needs of the women of Jasper County, Marjorie has decided to retire and she and Chuck have moved into town, selling the shop and their house to a nearby church.

Marjorie styled and sold wigs that helped many women who were dealing with cancer and other ailments that caused hair loss, to regain self-confidence. When she decided to close the shop, she wanted to be sure the remaining wigs in her stock were put to good use.

Chuck called the Franciscan Alliance Foundation and asked if the hospitals in the Northern Indiana Region could use them. As a major health care provider for women who are being treated for cancer, Franciscan Alliance was happy to accept the donation.

Thanks to the Mitchells’ generosity, Franciscan Alliance will be able to provide more than 80 wigs to women who are undergoing treatments that can cause hair loss.

Marjorie said she is looking forward to retirement and noted that, “I am so happy that these wigs will be able to help women who really need them. Making them was something I did my entire career and it is good to know that they will continue to help.”

Her husband told Tony Englert, Franciscan Alliance Foundation executive director, “My wife was heartbroken to think that we might have to toss away these beautifully styled new wigs and once I told her they were going to hospitals in the area, she was thrilled.”

Said Englert, “It is unexpected gifts like these that go a long way in helping us fulfill our mission of helping others.”