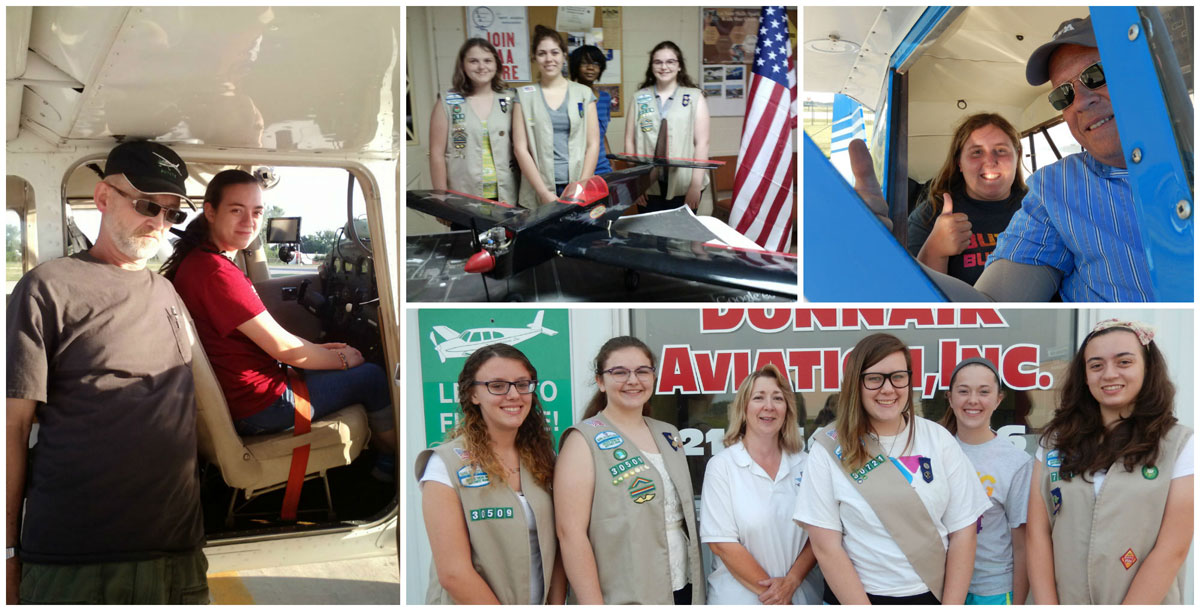 Senior and Ambassador Girl Scouts from Valparaiso, in conjunction with the EAA Young Eagles program, took to the skies this summer to experience flight in single-engine airplanes. Young Eagles is a national program of the Experimental Aircraft Association (EAA) with the goal of introducing young people to aviation. Porter County EAA members headed by Education director Jim Hicks, acquainted the girls to the world of aviation during two workshops which gave overviews of how planes fly and navigational instruments, airport rules, private pilot requirements, and history of aviation. After completing the workshops each girl flew with a certified EAA pilot in his airplane in order to practice some of the skills they learned in class.

Additional aviation instruction for the Girl Scouts earning their Aviation Patch was provided by Donna Stevens, owner and master flight instructor at Donnair Aviation at the Porter County airport. She taught the girls about careers in aviation and organizations for women interested in flying such at the Ninety-Nines’s and Women in Aviation.

Fourteen girls participated in the Aviation Patch program this summer most of whom had never flown before. Claire Brenneke of Senior Girl Scout Troop 164, ecstatic after completing her flight said, “It was soooo cool. And I actually got to handle the controls for a few minutes!”