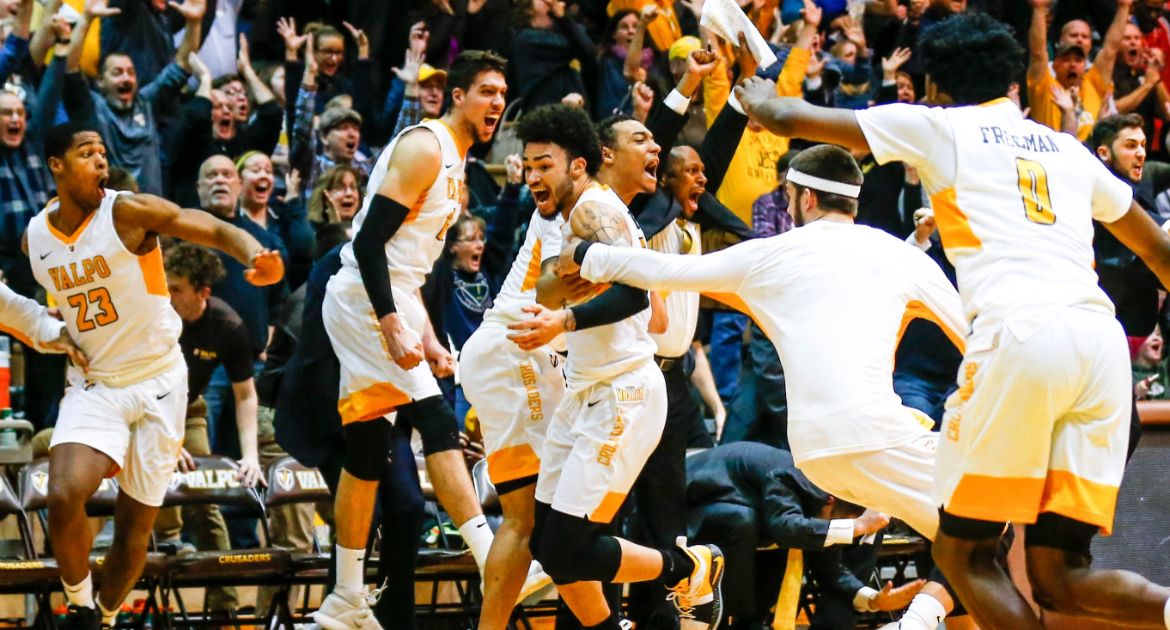 Gritty is continuing to battle down 10 points with less than two minutes to play. Gritty is three offensive rebounds in the final 80 seconds, leading to a pair of second-chance baskets. Gritty is drawing a pair of offensive fouls in the backcourt in the final 40 seconds.

And gritty is keeping your head up after missing a potential game-tying free throw, knowing you could have another chance to decide the game. That was the situation junior Markus Golder (Portland, Ore./Clackamas [North Idaho]) faced with 2.9 seconds to play with Valpo trailing by one. After Illinois State missed the front end of its one-and-one, Golder grabbed the rebound, took three dribbles and unleashed a running right-handed effort from 50 feet that banked in with the clock at triple zero, setting off a raucous celebration in the ARC as Valpo celebrated a 58-56 victory over the Redbirds in both teams’ MVC opener.