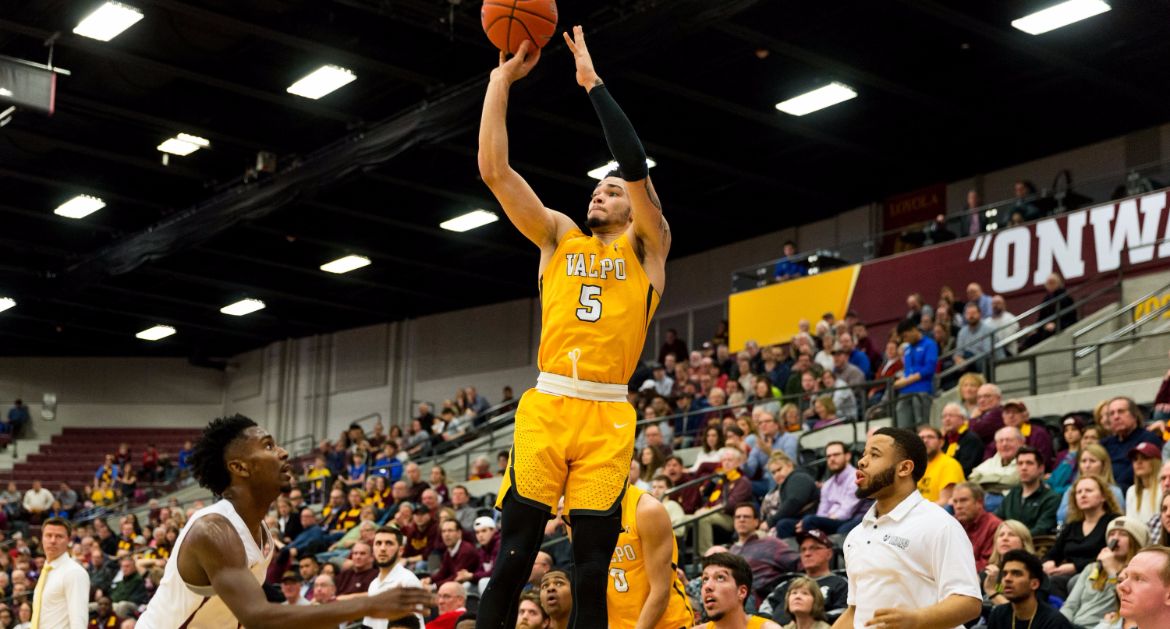 Another member of the Valparaiso University men’s basketball program will gain international experience representing his native country, as junior Markus Golder (Portland, Ore./Clackamas [North Idaho]) will suit up for the USA Team at the inaugural FISU America Games in São Paulo, Brazil later this month.

Golder was named to the Missouri Valley Conference All-Bench Team last season after averaging 9.5 points/game in his first season at Valpo, scoring in double figures 19 times. He paced Valpo with 138 total rebounds and also led the team in both 3-point percentage (42.9%) and free throw percentage (83.1%). Golder became a fan favorite immediately for his above-the-rim play, finishing his first season in the Valpo uniform with a team-best 22 dunks.

Golder will be joined on the USA Team in Brazil by nine other current collegiate players as they compete against Argentina, Brazil, Chile, Mexico and Uruguay. The USA Team is slated to begin play against either Mexico or Chile on Wednesday evening, July 25. All teams will play a pair of group games before bracket play, with the basketball schedule culminating on Saturday night, July 28 with the gold medal game.