Central Park Plaza in Valparaiso was packed Friday night; Not just with hundreds of eager music fans, but with boxes and boxes of food items to help assist families throughout the community.

Valparaiso’s own GracePoint Church hosted the 3rd Annual GoodStock, a free event for the public complete with live music, quality family time, and a collection of food and household items for families that were in great need of them. Before the event even began, there were boxes upon boxes full of mac-n-cheese, ramen noodles, dish soap, detergent, cereal, and much more.

GracePoint’s Lead Pastor Ben Lamb announced to the crowd: “There’s so much food back there the volunteers can’t even keep up!”

Off the stage, Pastor Lamb discussed how this night has greatly surpassed the previous Goodstock events.

“The night has just started and we’re already packed. We’ve been told this might be the biggest event in Central Park yet.” Lamb continued, “It such an important night because 26% of Valparaiso students are on free and reduced lunch. That’s something I and everyone here wants to change.”

Traci Brubaker of Team Chevy (one of the sponsorers of Goodstock) shared a story about the troubles families and children experience over the weekend when school is not in session, "Teacher say the kids that don't eat on the weekend come to school and they don't learn and there's starving on Monday mornings. One little boy was still hungry when he came to school on Monday mornings and the teacher asked why because she knew he was getting the food. He told her that he was giving it to his younger siblings that are in school yet this child was six"

The 26% percent is about 1,700 students in the Valparaiso area alone. The food and supplies will help these families in need when school is not in session, which includes summer break, vacations, and weekends. At last year’s GoodStock, GracePoint Church collected thousands of can goods and supplies for four local elementary schools and positively impacted 400 families around the city.

But this year, their reach has grown exponentially. GracePoint intends to use their donations from Friday night to support 11 schools and hundreds more children throughout the community.

From just glancing and looking I can tell there’s a lot more food that’s been delivered. I think we’re just ramping up too,” said Art Morse, GracePoint Pack Team Leader. “I’m personally looking forward to filling both of our trucks this year!”

Along with an incredible show of community love and support, the event showed families a good time with live music, food vendors, and fun for the whole family. The band featured for the night was the GracePoint Band, who covered a variety of genres. The group main focused on cover songs that many in the crowd were familiar with and sang along to.

Kelly Johnson, a Valparaiso local sat with her daughter Kate on the grass and she sang to one of the songs.

“She (Kate) doesn’t know the words so I bug her about it,” Johnson laughs, “But, she sings along to song that I don’t know so it all works out!”

As adults enjoyed the live music, kids were able to have some fun, too. Beach balls were handed out and tossed around the air, and later when the sun went down, glow sticks and light swords were passed out as well. Whatever the age, however, families spent quality time together Friday night as they sang along to some great music, ate some delicious food, and helped families in need around the community.

“We feel very blessed when we can give back and support great causes that support our community like Goodstock,” said David Brubaker, General Manager of Team Chevrolet. “We were able to get two truck loads of food filled to donate tonight!”

Traci Brubaker added: "To to make a difference in these children's lives and in their learning and help them get through school is a huge gift. Grace Point is a church that cares and so they've been doing this for a few years now. We do many things with this church and several of our workers attend Gracepoint. Team Chevy wants to make a difference in Valparaiso in this is the perfect way to do it."

For more information about GracePoint Church, go to www.gracepoint.me. 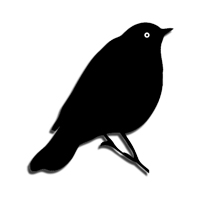