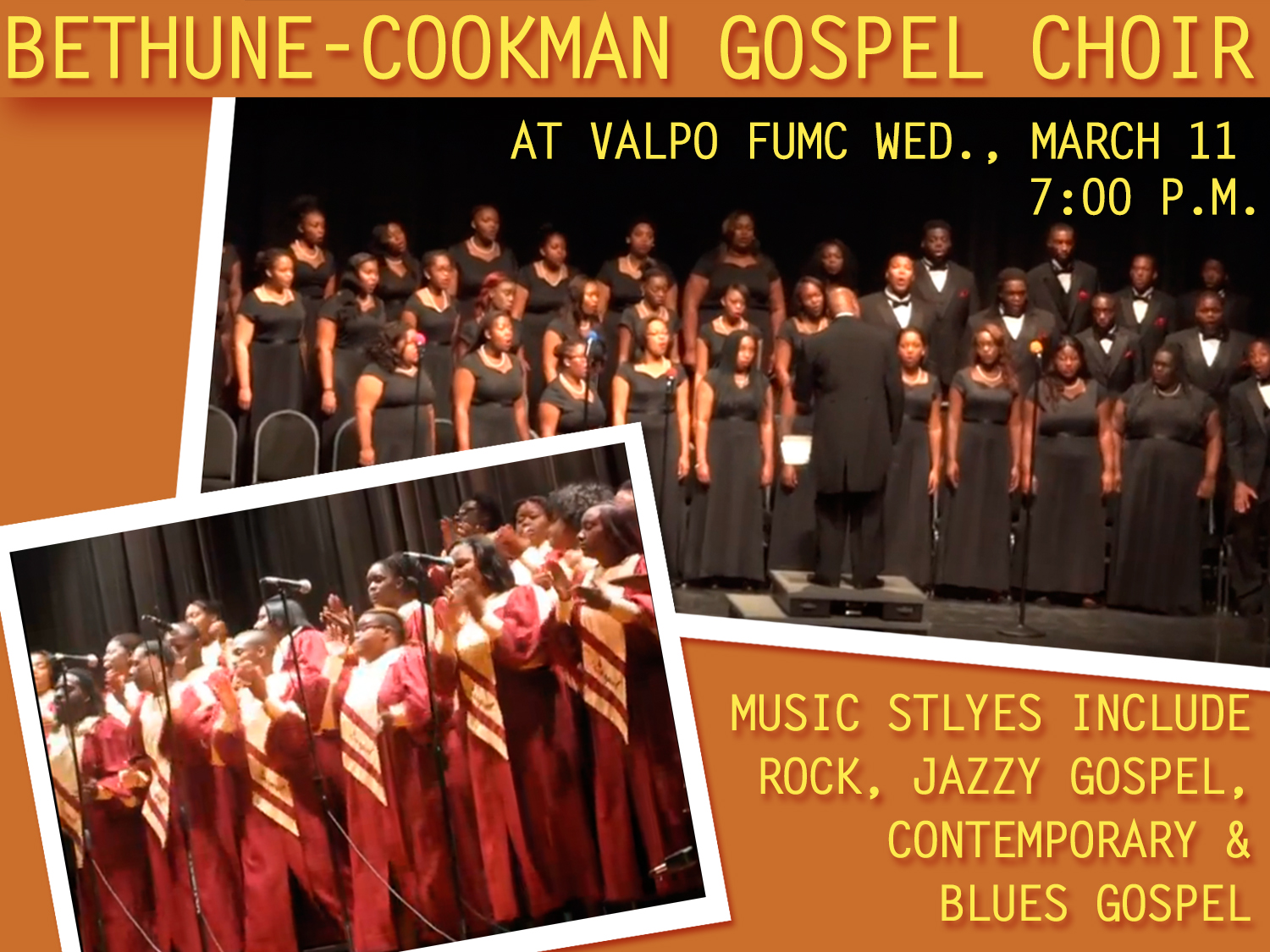 On Wednesday, March 11th at 7:00 p.m., First United Methodist Church of Valparaiso, 103 Franklin Street in Valparaiso (corner of Franklin & Jefferson Streets), is honored to host the Bethune-Cookman University Inspirational Gospel Choir for a free concert that is open to the public. A free-will offering will be taken during the concert.

Some of the Gospel Choir's crowning achievements were performing for The American Dental Association in Orlando, Florida in September 1996; Participating in the celebration of McDonalds Restaurant's opening of their 25,000th store; Being invited to participate in a Black History Month celebration by the United States Navy at the Naval Air Station Miramar in San Diego, California; Performing for Walt Disney Corporation in Orlando, Florida on numerous occasions and having the distinct honor of being invited by Mrs. Tipper Gore, wife of the Vice-President Al Gore, to perform at the 52nd Inaugural Prayer Services in Washington, D.C. on January 20, 1993. Only three choirs in the United States were invited to perform and the Inspirational Gospel Choir from Bethune-Cookman College was the only choir invited from Florida.