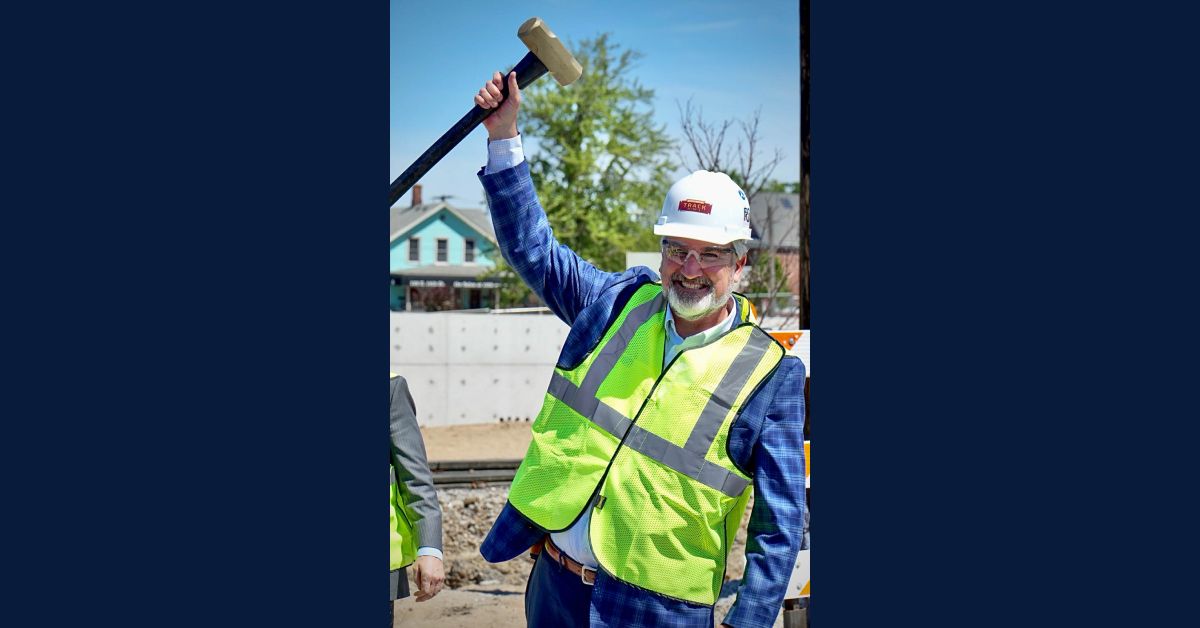 On Monday, June 20, state officials including Governor Eric Holcomb broke ground on the transformative $649 million South Shore Double Track Project in Michigan City. Construction is now underway on a second main line stretching between the La Porte county community and Gary that can cut more than 30 minutes off a trip from Michigan City and Chicago.

“Today has been a long time coming,” Holcomb said. “This is truly a Hoosier moment in history like few others. Northwest Indiana is not just special, it’s unique in its location. You’re talking about being next to the third biggest economy in the country – how you connect with that is of paramount importance. This Region has it all, and you [here] may have been in on the secret forever – but that secret’s out now.”

The project is the culmination of years of effort by the local, state, and federal governments, and Holcomb praised the cross-party and term-by-term continuity and collaboration.

“It’s been full steam ahead, pedal to the metal,” he said. “So I want to thank everyone for coming together, because this is going to have the ability to pull in economic development, talent development, residential, commercial, all of these pieces are snapping together. It’s a special time to be a Hoosier.”

The project’s timeline sees the new line beginning operations by the end of 2024. Local leaders anticipate a boost in population, extensive quality-of-life improvements, and many new businesses popping up in Michigan City and the other communities developing new platforms, such as Gary/Miller and Portage/Ogen Dunes.

“This is a massive development for a small town in the Midwest,” said Clarence Hulse, executive director at the Economic Development Corporation Michigan City. “The train is finally leaving the station, and we’re going to see people hop on board.”

Hulse sees the South Shore Double Track as an immense opportunity for growth, as well as for providing new resources, amenities, and luxuries for existing residents. Senator Young echoed those thoughts.

“I’m just really excited about how people will come here to work, play, live, pray, and visit,” Young said. “I can’t wait to be one of the first passengers once all of this is completed.”

Once service is operational, South Shore Line passengers can expect trains to operate every 16 minutes during weekday peaks, and roughly every 75 minutes during off-peak periods and evenings – a dramatic improvement in service time.

“This project will help unlock the incredible value proposition that is Northwest Indiana,” said Noland. “Michigan City is going to have just about the same travel time to Chicago as Naperville. However, Naperville doesn’t have Lake Michigan, our lower cost of living, our incredible property tax system, our national and state park, and certainly doesn’t have our balance sheet. So we’ve got a lot going for us.”

Also in the works is the West Lake Corridor project, a new commuter rail line that would connect the South Shore line down through Dyer.

To learn more about the South Shore Line, visit www.mysouthshoreline.com. For more information on the Double Track Project, visit www.doubletrack-nwi.com