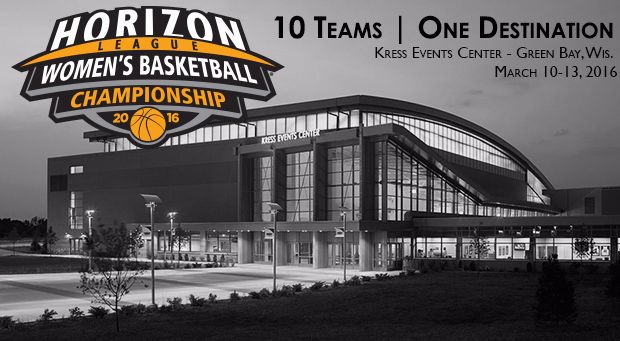 Green Bay has been elected to serve as host of the 2016 Horizon League Women's Basketball Championship. The Kress Events Center, home of the Green Bay Phoenix, will accommodate the ten-team event beginning Thursday, March 10th.

Green Bay was awarded hosting rights following a vote of the Horizon League Executive Council. The Executive Council received multiple bids from schools throughout the League before deciding upon the Wisconsin institution.

The 2016 Tournament will represent the tenth consecutive year that the city of Green Bay will welcome the Horizon League Women's Basketball Championship. In previous years, the first round and quarterfinals were played on the campus of the higher-seeded team. This is the first time since 2001 that the entire field will play at one site for every round of the tournament.

All rounds of the Championship will be streamed on ESPN3 with the title game airing on ESPNU March 13th at 1:00 p.m. ET/12:00 p.m. CT. Additional game times and tournament format will be announced at a later date.