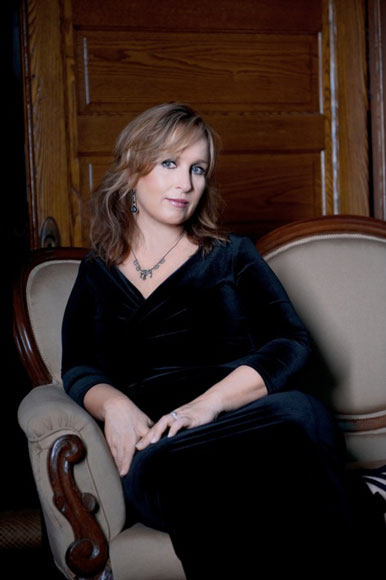 Peters, who has written hit songs for Trisha Yearwood, Bryan Adams, Pam Tillis, Neil Diamond, George Strait, Etta James, The Neville Brothers and, most famously, "Independence Day" for Martina McBride, is a very accomplished singer/songwriter in her own right.

Her most recent album, "Hello, Cruel World" has achieved international acclaim and received several awards for "Best Americana" album. Peters comes from a folk/rock background and writes songs that evoke strong emotional responses from those who hear them.

"We booked her back in 2001 near the beginning of 'One NIght Jam,'" said series promoter Paul Braun. "I've been waiting for things to align to bring her back for a long time. She and Barry are happy to be coming back."

Peters and her husband, songwriter/pianist Barry Walsh, have been touring both the US and the UK most of this year in support of "Hello, Cruel World" including the prestigious Glastonbury Festival in Scotland, which drew 135,000 this year.

"Gretchen is a perfect fit for our series," said Braun. "She's a phenomenal songwriter, and a very captivating performer. Our goal is to bring world-class talent to a very comfortable, intimate setting where respect for the music and the artist is first and foremost. The performers respond extremely well, often surprising both themselves and the audiences with something unique and special."

Tickets are on sale now. Reserved seating is $25, and the special VIP couch seats, which include a photo op with Peters and a souvenir 8x10 print of that photo after the concert are $50.

More information can be found at www.ChicagoStreet.org/gretchen2013.