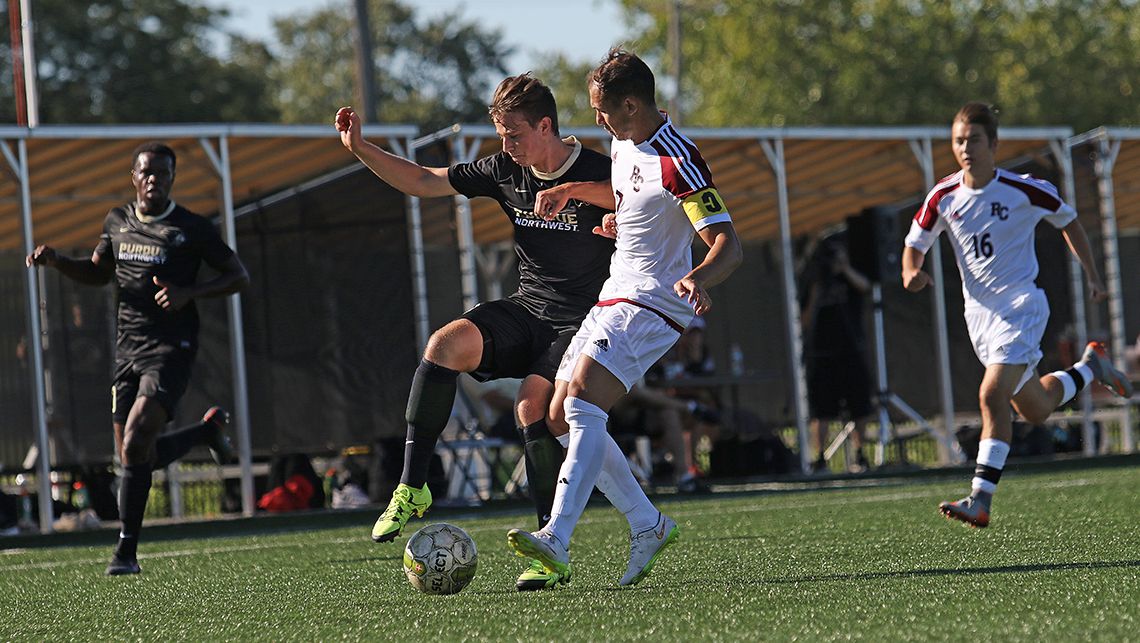 Alec Guarino connected twice in the first half to propel the Purdue University Northwest men's soccer team to a 2-0 nonleague victory over visiting Rochester College in the Pride's home opener at Dowling Park Monday.

Guarino (Saint John, Ind./Marian Catholic), a freshman, connected on his second goal of the year in the 37th minute, after PNW (1-0-1) drew a free kick just outside the box. The rookie would add his third career goal just six minutes later in the 43rd, when senior Jawayne Spence (Hammond, Ind./Morton) drew a Rochester foul in the box to give Guarino a penalty kick, which he put away easily.

PNW otushot the Warriors by an 18-2 margin in the first half and followed that up with 15 more shots in the second half, to hold a total margin of 33-7 to dominate offensively against the shorthanded Warriors (0-3), who fielded just 13 players.

Junior keeper Miguel David (Spring Valley, Calif./Bonita Vista) collected one save in the clean sheet -- his first shutout of the season -- and it was an important one. David's diving stop to his upper left in the closing minutes of the first half stalled a potential Rochester comeback after the Warriors made a quick counter down the right side.