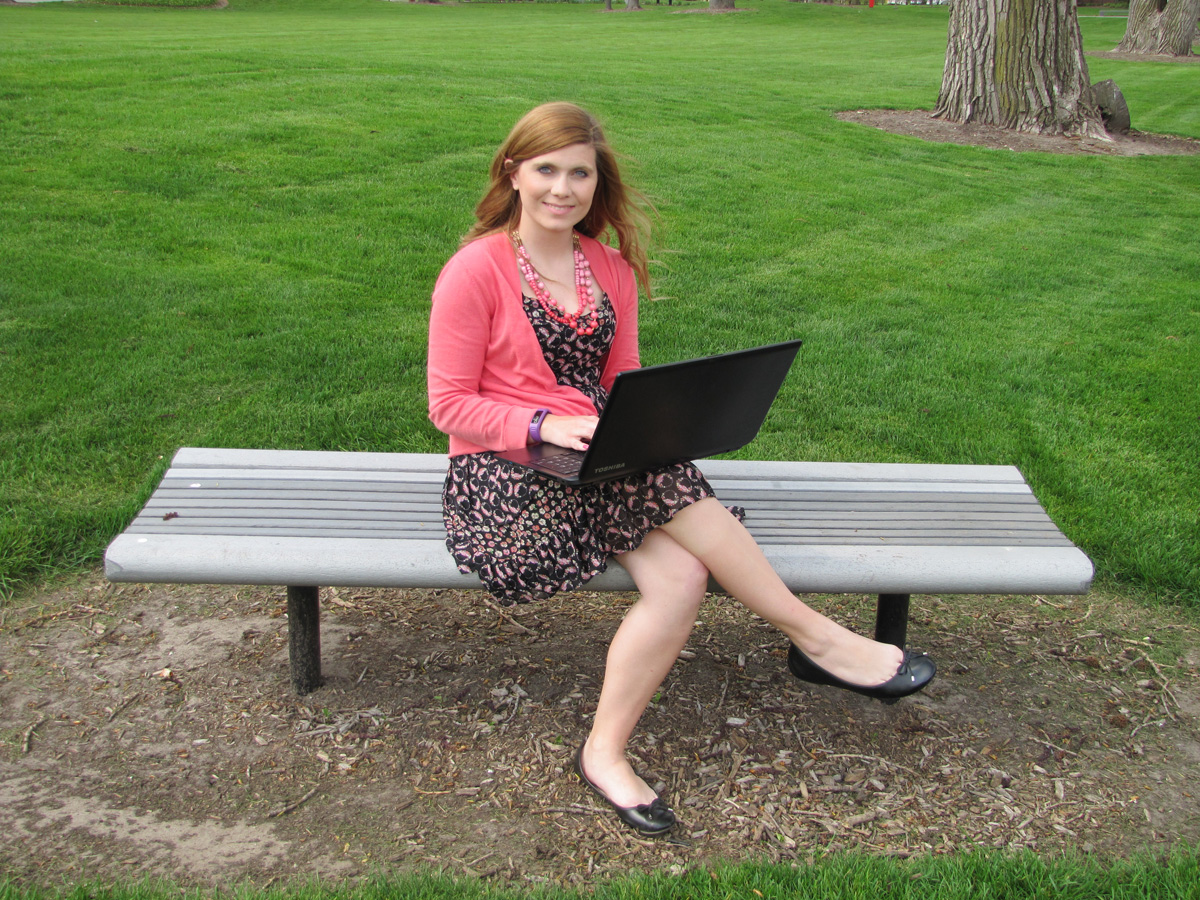 Rachel Pollack started out going to college several years ago thinking she wanted a career in fashion merchandise.

But after she and her husband moved to Hammond and started a family, “I decided I wanted to give back and help kids,” the Morris, Ill. native and mother of an 8-year-old son and 6-year-old daughter said.

That sentiment motivated her to enroll at Purdue University Calumet and study sociology. She went on to earn a bachelor’s degree in 2014 as preparation for opportunities in social case management.

Introduced to scholarly research
But during the course of her baccalaureate study, she became a research assistant for a professor and before long began researching her own project--specifically, one that affected her children and other youngsters.

The project fueled her desire to learn more, so she continued her education as a graduate student in Purdue Calumet’s master’s degree program in human development and family studies.

TV programming for preschoolers
As for her research that evolved into her master’s thesis, she said, “As my children began watching television, I grew concerned about pre-school programming and specifically about gender and race portrayal of the characters.”

Continuing, she said, “Since children form their identity in part from the media, what they see can impact their self-esteem and career aspirations. My concern is that the (TV) shows in this study, which were picked for their strong female leads, have less stereotypical portrayals than most shows, meaning other shows actually have more stereotypical behaviors.”

Despite a lack of other studies that have examined pre-school TV programming, Pollack has impressed Associate Professor of Sociology Kathryn Sweeney with her early efforts and persistence.

Though Pollack admits the road she has taken into the world of uncovering new and advanced knowledge through scholarly research has presented opportunities she admits she had never considered before, it is not all that defines her.

At Purdue Calumet, she has served as a tutor and provided support to undergraduate and graduate students in the behavioral sciences lab. She also has been a Teaching Assistant, a faculty research assistant and graduate assistant in the College of Liberal Arts & Social Sciences. Additionally, she has provided valuable assistance to the director of the Institute for Social and Policy Research.

Looking ahead
Away from campus, she has dabbled in non-profit consulting. The former high school soccer player also continues to play in a local league and coaches her daughter’s team.

As for the next step of her journey, she admits to weighing her options, which include continued study and research in a Ph.D. program and more consulting work. She also admits to being excited to teach sociology courses next academic year at Purdue Northwest.

“While I’m not sure what’s next for me,” she said, “I do know that my education here has provided me a much broader way of looking at things.”