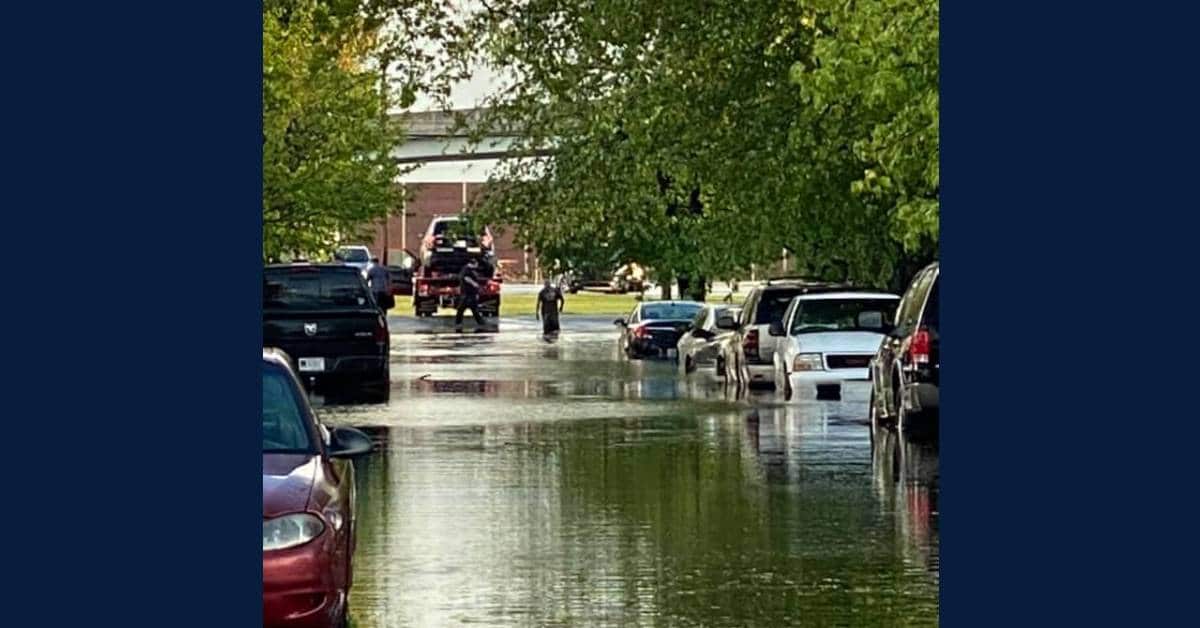 On May 23, a brief but intense rainstorm caused massive flood damage to homes throughout Hammond. Nearly 3 inches of rain fell in an half an hour, with almost 2 inches of that coming in one 15-minute burst. For a community already reeling from the impact of COVID-19, it was a big blow.

Marty Wielgos, District Manager of the Hammond Sanitary District, decided to take action with Mayor Thomas McDermott’s assistance. Together, they created a program that offered qualified homeowners $500 to help clean up and repair the damage brought by the storm. So far, they have distributed 1,000 checks.

“There was quite a bit of devastation, specifically across Hessville,” Wielgos said. “We collected a little federal aid and pulled from a couple of accounts that we were using as rainy day funds. Altogether, this program is costing about a million of our own dollars.”

Other than participating in an interview and providing some documentation, the only major qualification for receiving the aid was that you must live in the home that was damaged.

“The interview process was designed to eliminate any home that was not owner-occupied,” Wielgos said. “There are landlords and investors who owned damaged properties, and we can’t be sure that they’ll pass the money on to their tenants who experienced loss. That’s why we decided the best and fairest way to go about it was to restrict it to owner-occupied homes.”

Wielgos himself experienced flooding in the storm, despite his plumbing being designed specifically to counter almost any flood scenario.

“I live in Hessville, right behind Morton High School, and have overhead sewers almost guaranteed to never back-up,” he said. “I walked down to my basement, found sewage, and I couldn’t believe it. That’s how strong this storm was. There were no pumps off here at the Sanitation District, no one was sleeping, and the plant did extremely well. This storm was just unbelievable.”

So far, Wielgos and his team are about 60 percent of the way through the interview process. He worked carefully to prepare his team to support and understand the residents impacted by the storm.

“We’ve had staff working nonstop since that weekend,” he said. “They’re interviewing people who are upset because they’ve been faced with tremendous loss.”

Wielgos expects to have every check distributed by the end of August. By and large, the process is going very smoothly.

“When the homeowners get here and go through the interview, they’ve mostly been happy to get something,” he said. “We’ve had people bring in donuts and other snacks for us. One resident brought us in a bushel of apples. That’s the kind of thing that happens when you’re compassionate and try and do a good deed.”

To learn more about the Hammond Sanitary District, visit them at www.hammondsd.com.