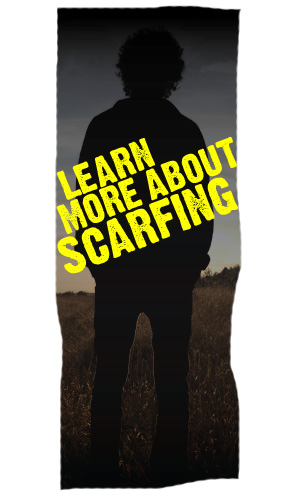 There are many suspected deaths through autoerotic asphyixiation each year, but it is difficult to guess just how many. The reason for this confusion is that when the authorities arrive at the scene of a death such as this, the coroner and investigating officers either don’t know the signs of scarfing, or refuse to report them as death by autoerotic asphyxiation, and instead report a suicide.

Warning signs of scarfing may include discovering ropes, knotted T-shirts, or other such items that could be constricted around the neck. Other signs include neck abrasions, trouble breathing, and unusual grogginess or bleariness after spending time alone. If you have noticed these warning signs in your teen, do not hesitate to bring the matter up. If you are wrong, the worst that you will do is warn them of a potential danger. However, if you are correct, you may save your child’s life.

If you would like to learn about the effects of pornography on your teens, check out CPYU's next webinar scheduled for this Thursday, November 8, at 12pm (CDT). During this one-hour webinar they will be helping you understand "Pornography and Your Kids: What You Need to Know and What You Need to Do." You can learn more and REGISTER HERE. This is a fee-based webinar for youth workers, parents, and anyone else who loves and cares for kids. All proceeds support the ongoing services of CPYU.