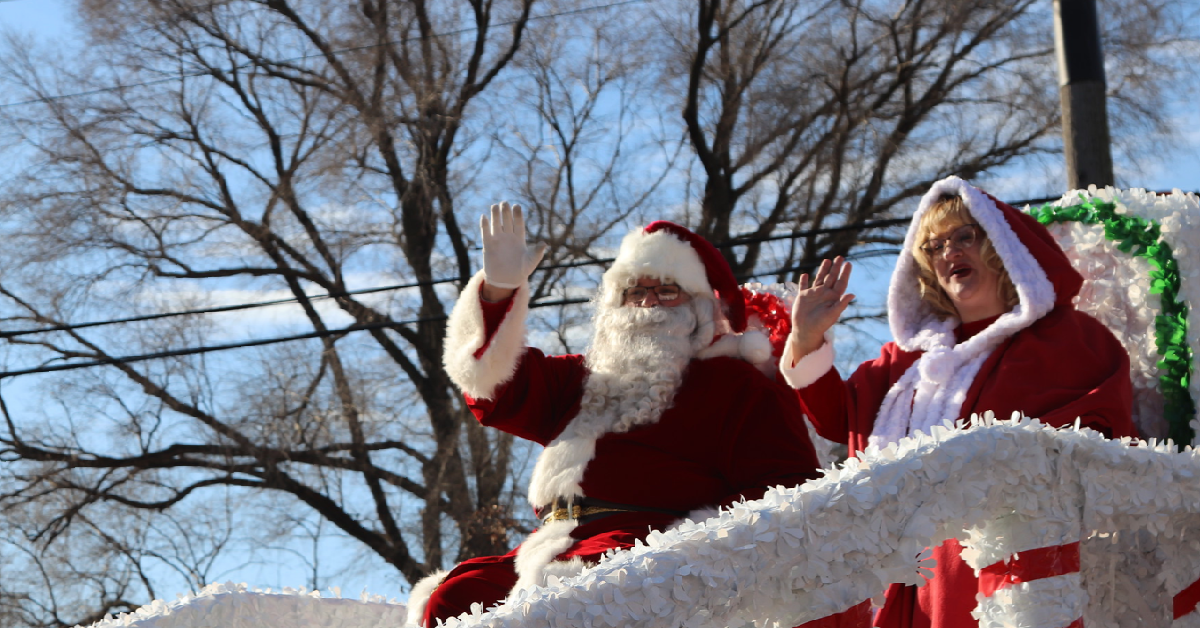 An array of holiday floats, old-fashioned cars, and even more festive rides made their way from Gavit High School to the Hammond Sportsplex during the City of Hammond’s Holiday Parade on Saturday, December 4. The route was lined with residents reflecting the spirit right back in Santa hats, elf onesies, and holiday sweaters.

Seeing the sea of red and green is city employee Cassandra Tyssen’s favorite part of the annual celebration.

Tyssen has grown a love for the holiday parade since she has worked for the City of Hammond for the last five years. According to her, the residents always make it special each year with their lively holiday spirit.

Because of the pandemic, not as much lively holiday spirit was seen last year. Community Development Director Owana Miller was ecstatic to see that it made a comeback for the 2021 season.

“The pandemic has cancelled many things, and to bring this parade back is just awesome,” Miller said.

Miller’s team has been involved in the parade over the past 10 years, and this year has made an impact on her the most.

“I love meeting the people. The floats are awesome; it’s just beautiful out here,” she said.

To kick off the day of fun this year, the Hammond Holiday Parade Committee incorporated the Santa Sprint, a free one-mile run before the parade. Entertainment was also provided by Those Funny Little People and marching bands from surrounding high schools. The parade’s Grand Marshal was the cast from the Towle Theater’s“Fabulous 50’s Christmas” musical.

For those participating in the parade, seeing hundreds of smiling faces along Indianapolis Boulevard amplified the experience.

“We love taking part in the parade and seeing everyone come out to celebrate,” said Bernie Grisolia, a City of Hammond firefighter.

“It’s great for the kids and it’s so fun for them. Walking around and waving at people makes me very happy,” said Adan Torres of the Northwest Indiana Vipers.

“This shows the spirit of the city and gets everyone in the holiday mood,” said Veronica Caudillo, a member of the Knuckleheads motorcycle club.

The floats varied from decorated fire engines to The Nightmare Before Christmas trailers and even a special one just for Santa! Megan Lewter, one of Santa’s helpers, was very happy she got to enjoy the day with the Hammond community.

“I’m having fun before Christmas, and I’m spending time with Santa before I have to go back to the workshop and do a lot of toy making,” she said. “I love having everyone here: my family, my reindeers, Mrs. Claus, and other helpers.”

As the parade wrapped up, Tyssen noted that it was bittersweet.

“I’m not looking forward to the end!” she said.

But no fear! The CIty of Hammond will be celebrating the holiday season next year. To learn more about the city and its events, visit the website here.