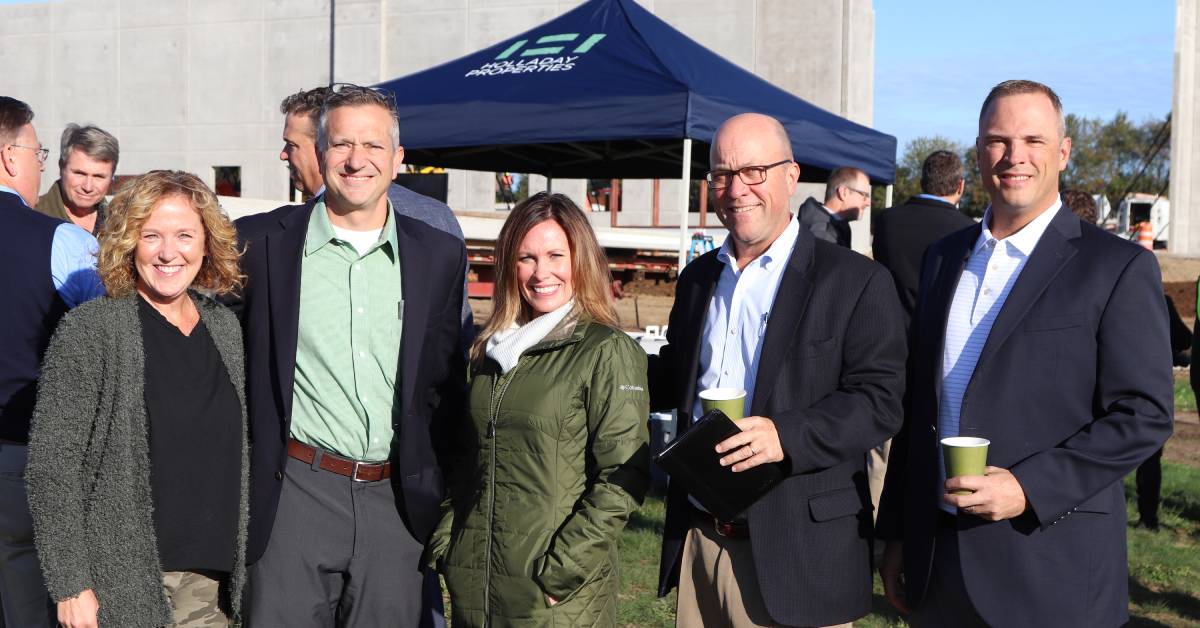 On a beautiful Thursday morning, team members from Holladay and Barley Properties held a panel signing to give everyone involved in the upbringing of a new building the chance to leave their mark and become personally involved in an early construction phase leading up to the facility’s bright future.

The Barley Properties industrial/flex facility, named Bluejay 1, will stand at a whopping 65,592 sq. ft. and is designed to accommodate over six users. The building is equipped with utilities, including City of Valparaiso water and sewer, and 120 parking spaces.

Many will tell you that the most important element and deciding factor when taking the leap to break ground is location. For the new Barley Properties building (Bluejay 1), located at 2650 Barley Road, this prerequisite couldn’t be truer.

“Location is great. The building is going to front the 49 bypass, it’s a couple miles from U.S. 30 and the Porter County Regional Airport, about ten miles from the Toll Road, and about fourteen miles from 94,” said Mike Micka, Vice President with Holladay Properties. “We’re excited to have the opportunity to work with Barley Properties and the City of Valparaiso, which is also my hometown.”

The partnership between Holladay and Barley has solid roots.

“I’ve been familiar with Holladay Properties and their work for a few years now. I’ve seen the work that they’ve done at the AmeriPlex, and we’ve previously leased space from them in South Bend. So, when we were looking in Valparaiso, it was easy to identify our partner and approach them about the project,” said George Douglas, Senior Vice President of Barley Properties.

“We fully trust Holladay working on this project because they have so much experience across the country and in Northwest Indiana specifically. Collaborating and bouncing ideas off one another has been fun,” Douglas said. “It’s exciting to see the building start to come to life, and we’ve been busy working with possible future tenants outside of the area as well as local business in Valparaiso.”

The construction of Bluejay 1’s shell is expected to be completed in December, and tenants will be able to move into the facility around springtime of 2020. Holladay Construction Group is serving as the project’s general contractor.

After evaluating the performance of Bluejay 1, Holladay and Barley are open to the concept of a second facility that will stand even larger at 101,000 sq. ft.

“We are always looking forward to the future, and I think it is very bright not only for this particular project, but also for Valparaiso. If we are successful with Bluejay 1 and the market responds, we’re anxious to get going on building #2,” said Douglas.