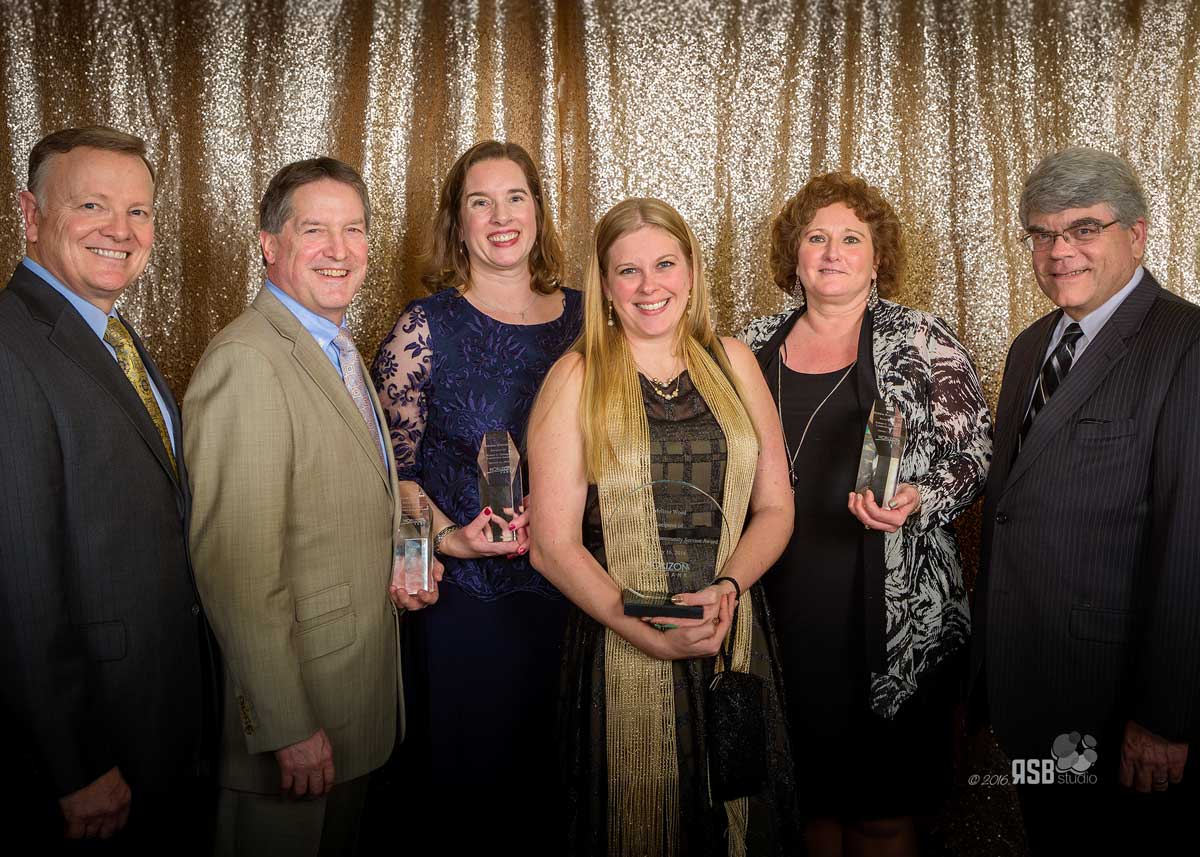 Horizon has honored the following advisors for the The Robert C. Dabagia Leadership Award for 2016; Julianne Whiteman, Brad Smith and Debbie Pedzinski and The Burton B. Ruby Award for 2016 to Melissa Wood.

Whiteman, Vice President, Credit Administration, has been with Horizon since 1996 and earned The Robert C. Dabagia Leadership Award for her dedication to community. Whiteman said of the award, “I am very humbled and honored to receive the Robert C. Dabagia Leadership Award. I work for a great company, and with a great group of peers, and truly enjoy the relationships that I have formed with my co-workers and customers at Horizon Bank. I also try to uphold these same values with my family, friends, and my involvement in Tri Kappa.”

Another inspirational role model for co-workers, family, friends, service organizations and community residents is Brad Smith, Vice President Technology, Data Processing, Technology. Smith was awarded The Robert C. Dabagia Leadership Award.He is an active United Way of LaPorte County volunteer. Smith remarked, “I am truly honored to receive an award that represents the values I have strived to maintain throughout my career.”

Pedzinski, Vice President Mortgage Underwriting Supervisor, was also presented The Robert C. Dabagia Leadership Award because of her dedication to Horizon, co-workers and customers. Pedzinski is active with the Queen of All Saints Church Festival, Stewardship, and Living Legacy committees as well as Eucharistic Minister. She also volunteers at Salvation Army and was the president of the Michigan City High School Parent Group for 9 years.

Pedinski stated, “I was so honored to be the recipient of the Robert C Dabagia leadership award; not only has Bob been a leader at Horizon Bank, but he has also been my mentor. Horizon is a great company to work for, I love my job and the people I work with every day; they have given me so many opportunities, challenges, friendships, and flexibilities during my 30 year career. It is an honor to receive this prestigious award.”

Wood, Loan Collector, was given The Burton B. Ruby Award for her dedicated community involvement throughout the year.

Wood stated, “It was a great honor to receive the 2016 Horizon Bank Burton B. Ruby award for active volunteerism in my community. Mr. Ruby gave the community advocates the utmost example of how to properly give back and how to have fun while doing it.”

Wood is Volunteer for Junior Achievement, United Way and the Salvation Army. Wood is also the founder of Michigan City Now. She also tutors for the Michigan City library, and the Grace Learning Center. Wood also is an active volunteer for Main Street Association events, as well as Represents and coordinates various Horizon Bank committees and fundraisers.