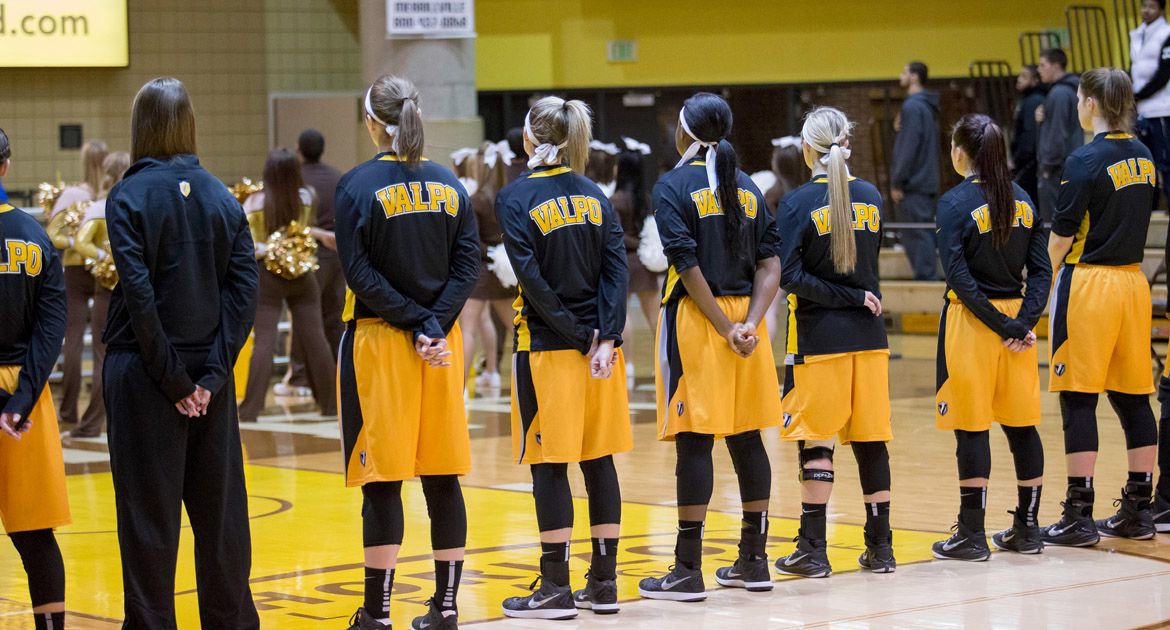 Valpo will begin its hunt for an HL title on December 30th in Highland Heights, Kentucky when the Northern Kentucky Norse welcome the Brown and Gold to BB&T Arena. The Wednesday contest will represent NKU's inaugural tilt in Horizon League play.

The Crusaders will ring in the New Year in Dayton, Ohio when they take on the Wright State Raiders two days later at the Ervin J. Nutter Center. Valpo has never before played on New Year's Day.

Detroit is slated to visit the Athletics-Recreation Center on Thursday, Jan. 7th in what will serve as the Brown and Gold's home league opener. Fans will get a glimpse of the Oakland Golden Grizzlies on Jan. 9th.

Valpo will make its Wisconsin swing trip the following week. The defending champion Green Bay Phoenix will entertain the Crusaders on Jan. 14th at the Kress Events Center, the predetermined site of the 2015-16 Horizon League Championships. Valpo and Milwaukee will square off on Jan. 16th before head coach Tracey Dorow's team returns home for a five-game homestand beginning on Jan. 21st.

The Panthers (Feb. 18) and Phoenix (Feb. 20) will round Valparaiso's home schedule before the Crusaders close out Horizon League with three road dates.

The Youngstown State Penguins greet Valpo on Feb. 25th at the Beeghly Center, two days prior to the Brown and Gold's meeting at the Wolstein Center versus the Vikings of Cleveland State.

The Crusaders' league finale takes them to the Windy City for a 3 p.m. CT tip against the Flames at the UIC Pavilion.

The Horizon League Championships will get underway on Thursday, March 10th at the Kress Events Center in Green Bay before the HL crowns its champion on Monday, March 14th.

ESPN3 will carry live coverage of all Horizon League contests again in 2015-16.