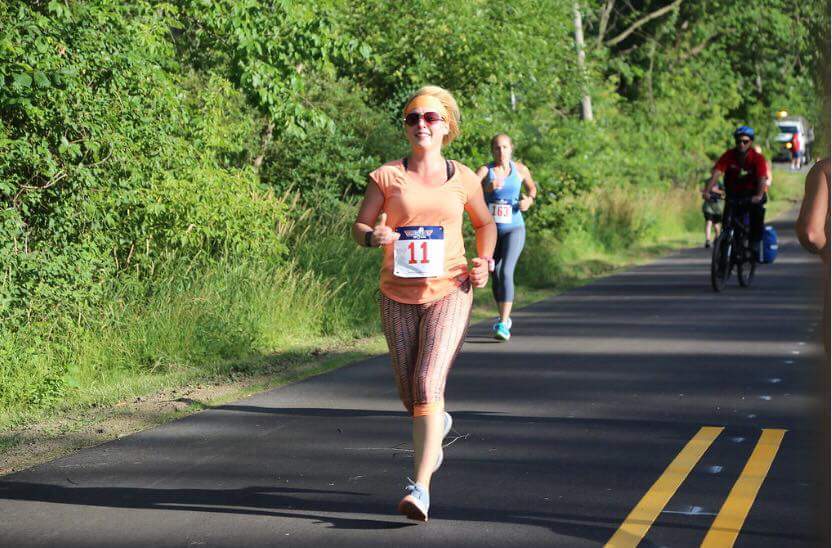 I would be the very last person to describe myself as athletic. I have never dribbled a basketball, thrown a pitch or lobbed a volleyball over a net. And running? No, absolutely not. I did not think I was capable. As silly as it sounds, I did not even know how to run. Where do my arms go? How am I supposed to breathe?

But I had this secret desire to become a runner. Those people looked so cool in their neon compression sleeves and patterned capris. I wanted to be one of those cool people. So, I decided to give it a try. I signed up for a 5k, and I seriously thought that meant 5 miles, not that I had any idea how far five miles actually was anyway. I sort of ran it, which is to say, I didn’t walk it.

After that, I started hitting the track in Hobart at Mundell Field. I tried to run around it four times without stopping. Well, that became boring fast. Let me be clear, I wasn’t fast, but going around and around the track was very mundane.

I ventured out onto the beautiful trails throughout Northwest Indiana. I started running farther and, eventually, faster. It took me awhile to get the hang of it, but I kept trying. I signed up for a running program and met super cool running people who coached and encouraged me. 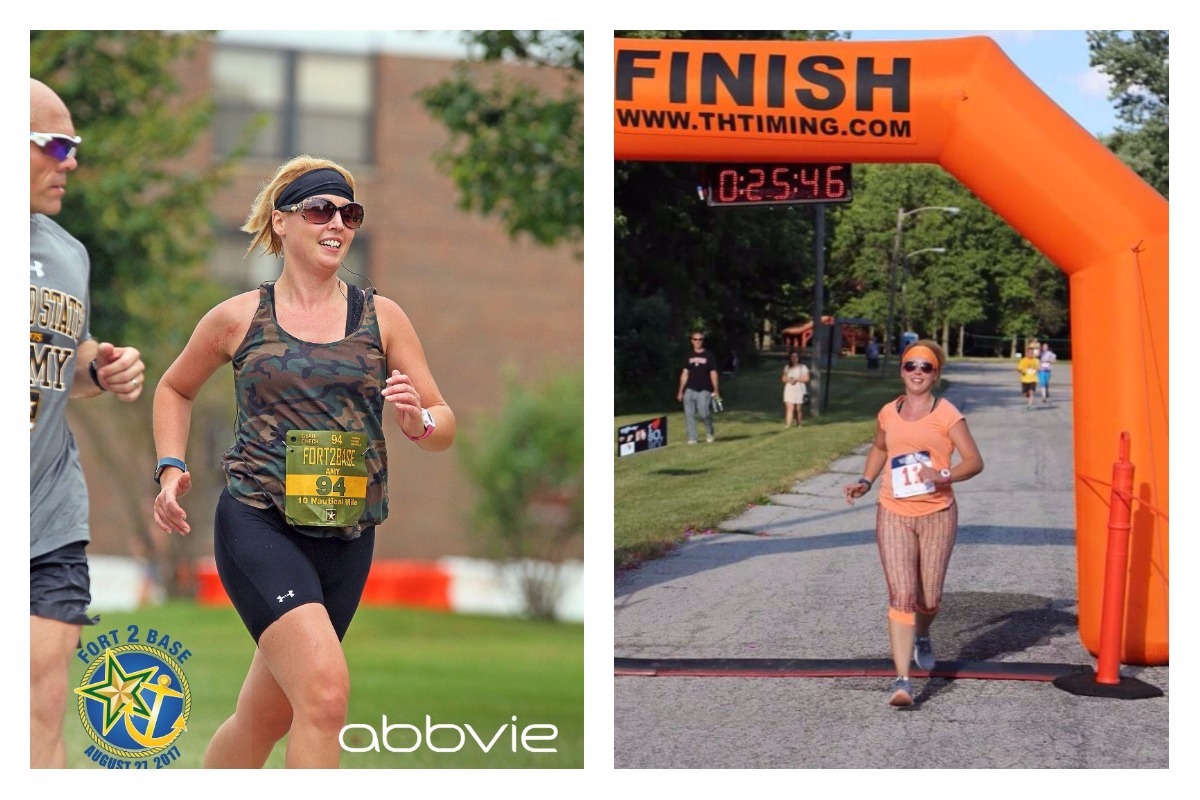 Running took on a whole new meaning for me. I started out thinking of it as exercise and a way to stay trim. The more I ran, the more I realized it was symbolic of life in general. I could not go to the starting line of a race without putting in the work. When I lace up my running shoes and snap on my hydration belt for a double-digit mile run, I have to train, not just my legs, but my mind. I know that it is just one step at a time, and I cannot expect to get more out of it than I am willing to put into it. It was like life or any goal I set for myself. I needed to have patience and believe in myself. You cannot cheat the process.

I love competing in races from 5k’s to half marathons. The competition is not with the other runners. It is with whatever goal I have set for myself. I did not even realize how goal-oriented I was until I started running.

Just like in life, not every run will be a good one, and not every race includes a medal. Sometimes, I go out for a run and eleven miles feel like two. Other times, I need my running buddies to give me the support to finish 3 miles. There is this myth that runners love running. This is not always the case. It is discipline and drive that keeps you going when you want to stop.

I really wished I had given running a try years ago. It has changed my life. I have met new friends that are now close friends, gained confidence in my athletic ability which has led me to try things like stand-up paddle boarding and tabata, and developed a new appreciation for what my body can do when I believe in myself.