Chicago Street Theatre kicks off its 2017/2018 season with the return of the family favorite. How to Eat Like a Child and Other Lessons in Not Being a Grown-Up running August 25 through September 9. The musical, which was originally performed by CST in 2009, played to SOLD-OUT houses and the theatre troop decided to bring it back to celebrate their 20th anniversary at their Chicago Street home. The whimsical journey through childhood written by Delia Ephron, John Forster, and Judith Kahn gives audiences twenty-three lessons in the joys and anxieties of how to be a kid through hilarious scenes and witty songs.

Based on the best-selling book by Delia Ephron, How to Eat Like a Child served as the basis for the 1981 NBC Special featuring Dick Van Dyke. Director, Lisa Formosa-Parmigiano, who co-directed CST's first production of the show, says that it has stayed with her as one of her favorite projects she's done since coming to the theatre in 2008 to be its Director of Education. This time around, Formosa-Parmigiano is joined by her long-time directing partner, Kathleen Erny and Musical Director Taylor Moss.

The "delightfully clever" musical contains songs like "How to Torture Your Sister", "Why Should a Kid Have to Walk?", and "We Refuse to Fall Asleep" that audiences of all ages will adore. The directors added that the cast; comprised of children ages 4 through 17; has brought their own personalities to the material making it lots of fun for the whole family. For this production, Erny and Formosa-Parmigiano have assembled two casts of 16 kids each who will perform the show on alternating presentations. 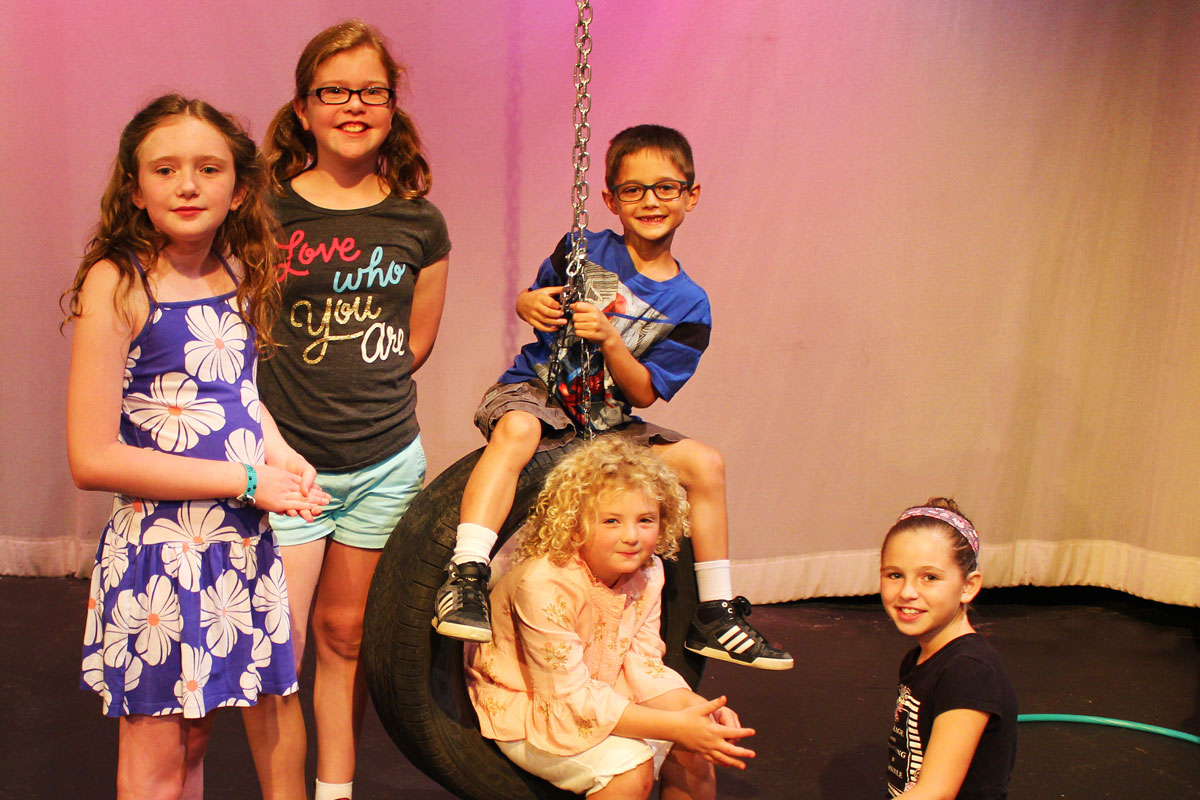 Tickets are $15 for Adults and $12 for Students, Seniors, Military, and Groups of ten or more and are available through the CST Box Office or online at ChicagoStreet.org. VIP Couch seats in the theatre's front row are available for $25 per person and can accommodate 4 people per show. Box Office hours are Tuesday through Saturday, Noon to 4PM and two hours prior to show times.

Patrons are also encouraged to take advantage of the three all-ages shows in Chicago Street's 2017/2018 Season by purchasing a Viewer's Choice 12 Ticket Family Flex Pass for $120. The pass is good for the theatre's productions of How to Eat Like a Child, It's A Wonderful Life and Sideways Stories from Wayside School. Viewer's Choice subscriptions are also available for the entire 63rd Season at CST which features comedies, dramas and classics more suited for adult tastes.

On Friday, August 25, the audience is invited to stay at the theatre following the show for an Ice Cream Social hosted by Valpo Velvet and to meet the cast. Performances run August 25 through September 9, 2017. For information regarding show times, visit the Chicago Street website or contact the Box Office.

NEXT UP FOR CHICAGO STREET THEATRE: Sunday's One Night Jam presents an all ages concert with Dave Rudolph's Beach Party on August 27 at 7PM and the tribal love-rock musical HAIR opening on Friday October 13. Opening night will feature the group's annual Halloween Party event with Me-TV's Svengoolie. Performances of the Broadway favorite HAIR run through October 29, 2017.