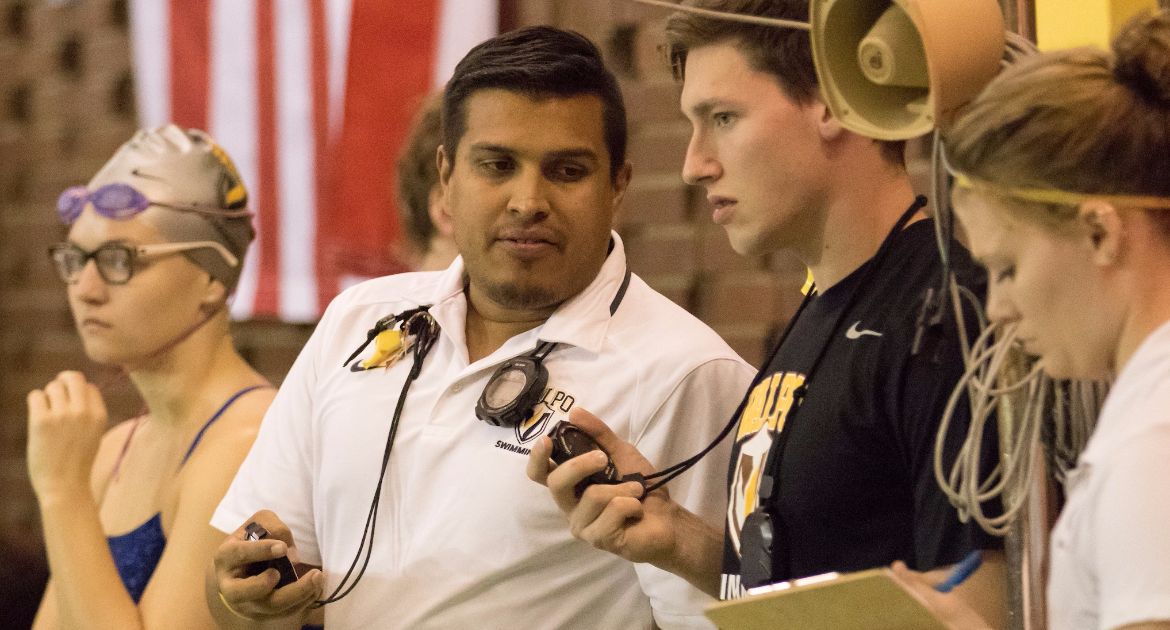 Valparaiso University director of athletics Mark LaBarbera announced today that Howard Hunte has stepped down from his role as head coach of the Valpo women’s and men’s swimming program to pursue a career opportunity coaching at a swim club in Kansas.

“We are truly appreciative of the hard work Coach Hunte has invested into our swimming program over the last nine years,” said LaBarbera. “His commitment to the continuous improvement of our swimmers is borne out by the number of program records which have been set during his tenure.”

In Hunte’s nine seasons at the helm of the program, Crusader swimmers have broken nearly every program record. On the men’s side, 13 of 14 individual event records and all five relay event records have been set since the start of the 2008–2009 season. Hunte coached the Valpo women’s swimmers to 12 new individual and three new relay records in his nine years as well.