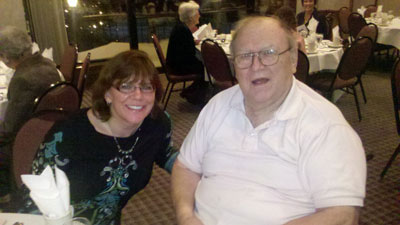 Father's Day is around the corner - but you don't hear much hype about it. If anything, commercials place the need for dad to be acknowledged for his hard work at his job. I suggest we give dad much more credit for his work at parenting.

In a review of approximately 100 studies published between 1949 and 2001 a father's involvement and love is just as important as the mother's to a child's development and well being. Research shows that a father's involvement shows benefits in many aspects of child health. The father that is involved and participates in nurturing play of his infant will lead to higher IQ levels and better language and cognitive abilities. Dad's involvement benefits the older child as well: a report from the US Department of Education in 2001 showed a father's involvement increases the grades of the adolescent by 43% and benefits the child's emotional security and socialization.

I highly encourage the father's of my practice to be involved in their child's health care. In my almost sixteen years of practice, I have seen an increase in fathers being involved in their children's health care. I have a few patients whom I have seen the mother just a handful of times - the father brings the children for almost all the visits - even the healthy check visits. I see other children where both parents are consistently present at the healthy check visit. That is a special gift for me because I can see the family dynamics and potentially guide both parents on major issues such as childhood behaviors.

A father may not realize that his relationship and support of the mother impacts the well being of his children. His involvement in daily tasks of child care, sharing of his faith, participation in setting limits and structure and presence in his children's activities benefits the child now and in the future. The father does not need to live in the household to be the positive influence for the child. Some divorced fathers feel an increased connection to their child - they spend more meaningful time with their child and some are now more active in their child's activities then before.

So give Dad a big hug – spend some time with him – and tell him you love him. You know he loves you.