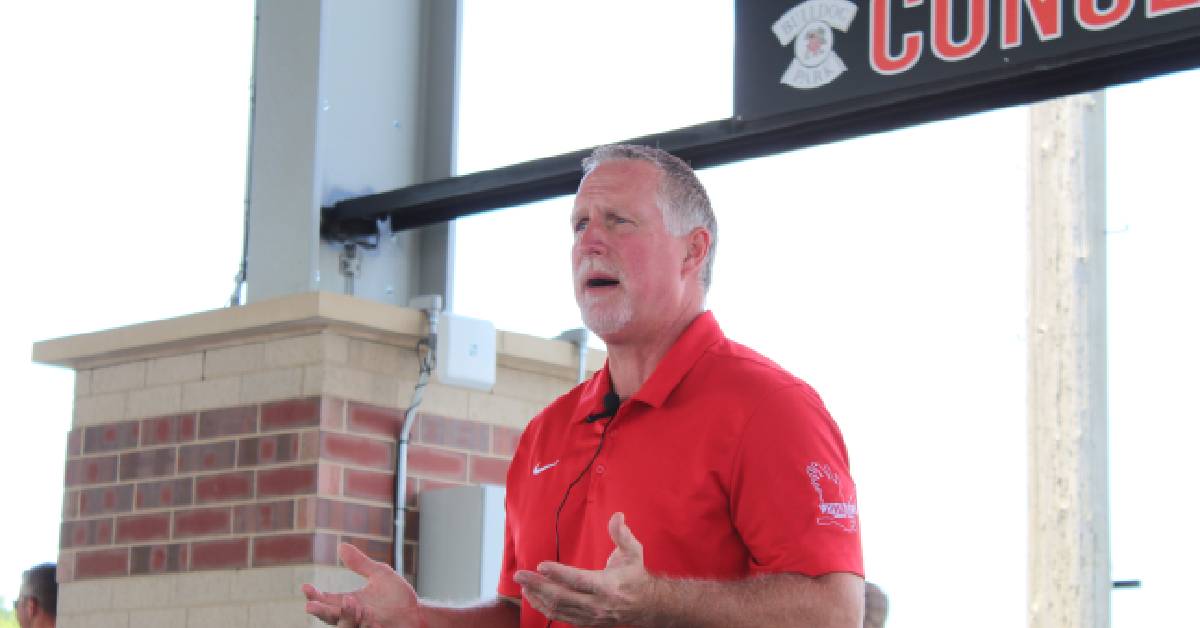 One of Crown Point’s most popular and informative traditions, Tuesday Talks with Mayor David Uran, returned this week. The mayor moved the popular question and answer session online when the COVID-19 pandemic struck. On Tuesday, with conditions starting to improve, he and the city gathered at Bulldog Park to host the first in-person meeting since February.

“We felt that being outside here at the park was a good solution,” said Diana Bosse, Special Events Administrator for the City of Crown Point. “Under the pavilion we have the opportunity to socially distance and keep everybody separate, but still have that interaction with the community. Especially now, it’s so important to have communication with the public so that they can see what’s going on and how hard the Mayor’s working to keep everyone safe.”

Uran led with an update on the city’s COVID-19 situation. In accordance with the state’s guidelines, they postponed many of their fan favorite events, such as the Taste of Crown Point and Cruise Nights. He stressed that keeping the virus controlled and community safe is a collaborative, non-political effort.

“We’re in this together, and Crown Point will do its part but the virus doesn’t have any boundaries,” Uran said. “We do our part, the next community over sees that and does theirs. We want to continue moving forward, but it’s going to take the cooperation of everybody in the neighborhood to make sure we’re setting the right example and doing the right things.”

The community’s questions touched on topics such as street sweeping, mosquito control, and policing. Uran’s biggest reveal of the day was an announcement that the roundabout on Mississippi Street and 109th Avenue should be finished this week. Construction on the road had made accessing I-65 more complicated for Crown Point residents for months. More work is ahead to make the busy junction safer and faster.

“We’re working on it as fast as we can, but you can’t buy roads on Amazon Prime and have them delivered in two days,” Uran joked. “This a lot of dollars from the federal government and private partnerships that’ll let you experience a much safer, more enjoyable corridor without us having to reach into your pockets.”

The next Tuesday Talk with Mayor Uran is scheduled for 6 p.m., August 4 at Bulldog Park. Though many of the city’s events are postponed, their Farmer’s Market is considered essential and is continuing every Saturday from 8 a.m. to 1.pm. For the latest updates from the City of Crown Point, visit www.crownpoint.in.gov.