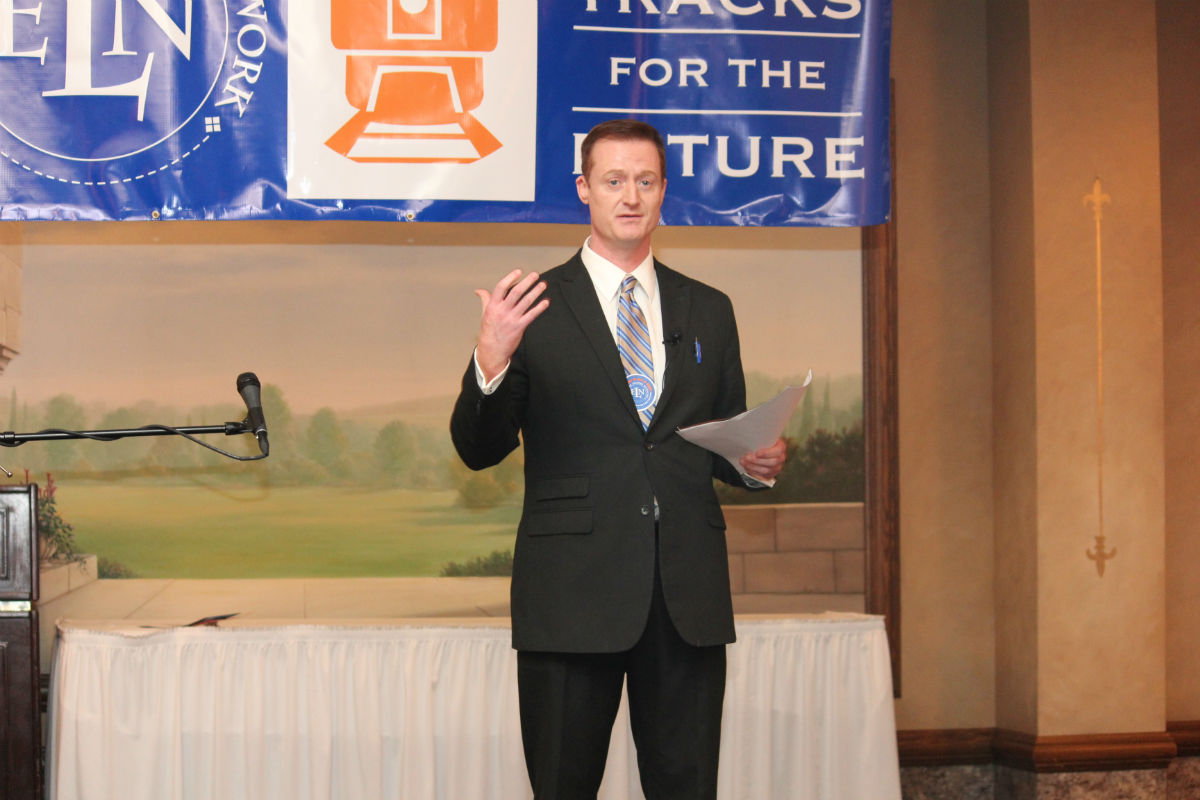 The Indiana General Assembly on Wednesday approved a two-year budget that includes funding to build the West Lake Corridor extension of the South Shore commuter railroad.

The state budget, House Bill 1001, provides $6 million a year for the next 30 years to the RDA to help pay for expansion of the South Shore Line to Dyer.

That money will be combined with local tax revenues in Lake and Porter counties to create the $17.5 million annual match required for the federal government to pay half the cost of the $571 million commuter rail project.

The long-term goal is to rebuild the region's middle class by better connecting Indiana residents to high-salary jobs in Chicago and getting them to spend their paychecks at home; while at the same time redeveloping housing and businesses along the current and future rail lines geared to the needs of commuters.

The $6 million investment from the state this year comes on the heels of operational funding provided during the 2014 session. Last year, the legislature directed a portion of revenues garnered from closing a tax loophole to the RDA in order to establish an operating fund for trains on the West Lake Corridor. This funding, approximately $4.2 million annually, brings the total amount provided for construction and operation of the expansion to more than $10 million a year.

The RDA would like to thank the many people and organizations who have worked so hard over the past two years to make this investment in Northwest Indiana's future happen. These include Congressman Pete Visclosky, whose challenge to the region in October of 2013 started this whole ball rolling; all the members of the Northwest Indiana legislative delegation, as well as many legislators from elsewhere around the state who also saw the value of commuter rail expansion; the local officials who took time from their schedules to go to Indianapolis and speak in favor of the project; civic leaders from the Emerging Leaders of Northwest Indiana and One Region; the Northern Indiana Commuter Transportation District (NICTD), operator of the South Shore; the Northwestern Indiana Regional Planning Commission (NIRPC); the Northwest Indiana Forum; and a host of others too numerous to mention.