While the Indianapolis crew was on a mission over the rain-swollen Colorado River near Wharton, Texas they overheard communication from a local helicopter assisting residents. Condra stated, “Our mission was to go to the town of Wharton, circle the town, take pictures of everything we saw there and then continue down the Colorado River where we were looking for flooding and any other sign of distress.”

Some 300 residents sought shelter at a church from the floodwaters that had cut off access to the town of 8,800 about 60 miles southwest of Houston, and they were out of water for two days and running low on food.

As a result of the Indiana crew's mission, the American Red Cross team at the operations center was able to contact its volunteer at the church and arrange the needed support.

The following day they flew a similar mission with Texas State Representative Jason Isaac. Rep. Isaac said, “We appreciate the Civil Air Patrol doing what they are doing out there: rescuing people. Three hundred lives affected by their service. We, here in Texas, are truly grateful for that.” 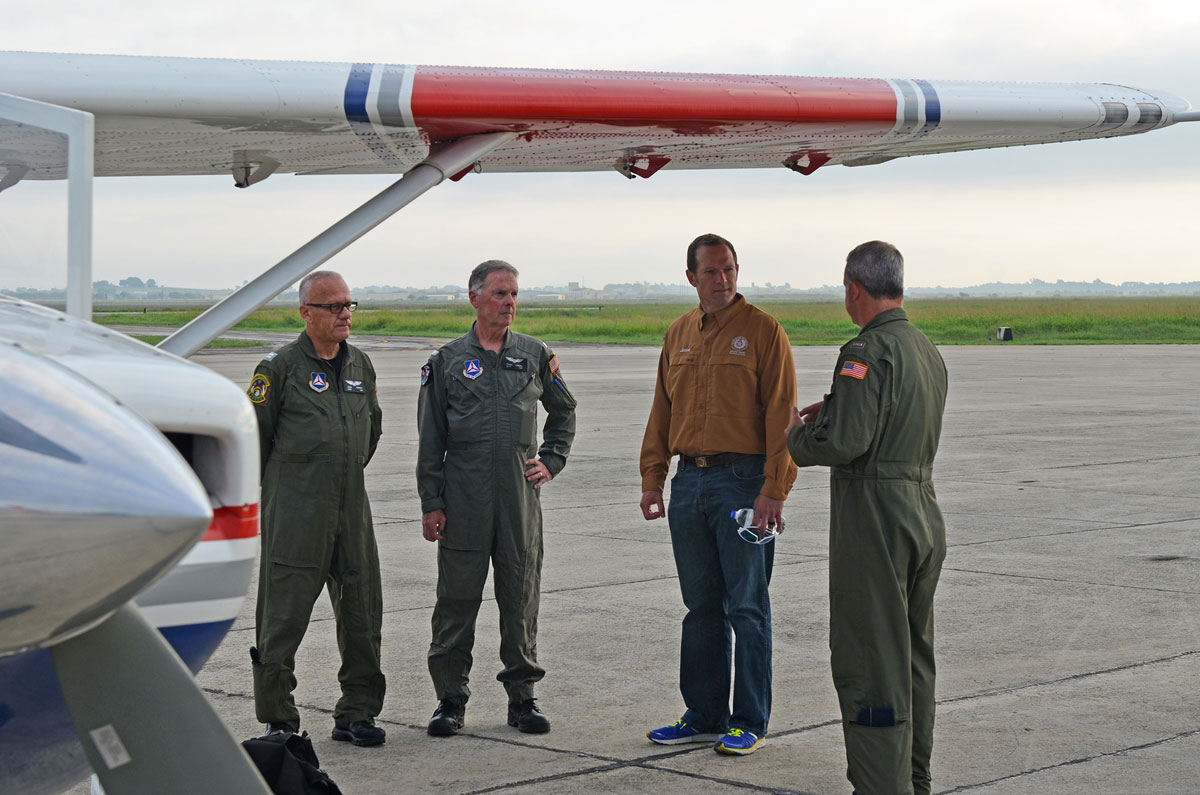 While Civil Air Patrol missions are continuing in Texas, the Indiana Wing is preparing for Hurricane Irma, expected to make landfall in Florida this weekend. As with Harvey, the Indiana Wing stands ready to assist residents and governmental agencies if Irma makes landfall as predicted.

Indiana Wing Civil Air Patrol Commander, Col. Philip Argenti, said, “I am very thankful, and proud, to have so many dedicated members willing to take time away from their jobs, families, and loved ones to serve others over a 1,000 miles away. This demonstrates the commitment our members have to supporting fellow Americans in their time of need."