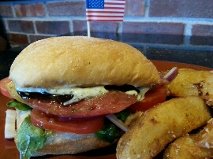 Revere took part in the Boston Tea Party and became an American folk hero as a result of his historic midnight horse ride to Lexington on April 18, 1775 to warn Samuel Adams and John Hancock of the British coming to arrest them. The battle of Lexington ensued, and with it, the American Revolution.

Revere became concerned that the United States had to depend only on England to import copper. This concern resulted in him starting the first copper rolling mill in North America in 1801 as well as a hardware store and foundry. He became very respected for his work and charitable contributions.

We salute Revere for the lifetime contributions on the 240th anniversary of his historic ride!