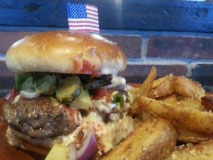 John Jacob Astor IV was an American businessman, real estate builder, investor, inventor, writer, and lieutenant colonel in the Spanish-American War. Although Astor patented several inventions, he became very wealthy through investing in ships and in real estate. In 1897 he built "the most luxurious hotel" in New York City known today as the Waldorf-Astoria Hotel. He built several other notable New York City hotels, including the St. Regis, which some have said was his greatest achievement. Although the name Astor was well known and influential in the time, Astor earned his prominent place in history when he embarked on the ocean liner RMS Titanic. Astor died on April 15, 1912 when the ship tragically sank. He drowned shortly after helping his pregnant wife onto a lifeboat. He was the richest passenger aboard the Titanic...