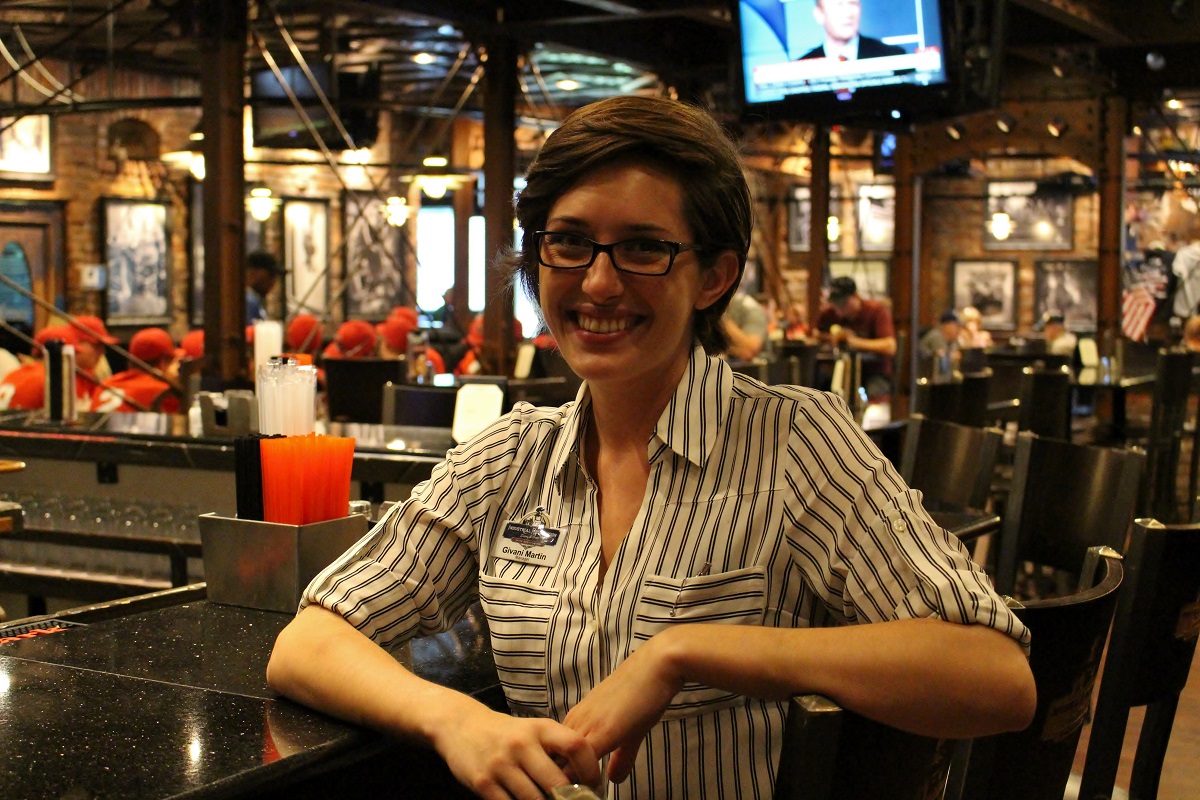 A new addition has been made to the Industrial Revolution crew. Her name is Givani Martin, and she does management for the front of the house.

“I’ve been here for three months now and I’ve loved every minute of it,” Martin said. “I’ve never worked in a place like this. It’s not a job and I don’t work with my staff. I work with my friends and family. This place has been home since I walked in the door.”

Martin recently moved back from Chicago and was in search of a job. She came across job opening at Industrial Revolution and sent her application in. She originally applied for a serving position but then found out that there were management positions open. So she threw her hat into the ring.

When she was hired she was cross-trained at all of the positions so she would have a well-rounded training experience and be able to help out in all parts of the restaurant whenever extra hands are needed. Following this was management training.

“I am a support for my team,” Martin said. “I tell them all the time that even at their worst times they are exceptional compared to many other places. I’ve never seen servers pull off the things that they can do here anywhere else… While I am technically their boss, I would not be here without them.”

Martin has been in the restaurant industry since she began her working career. Starting out at the Lighthouse Restaurant in Cedar Lake as a server then on to other endeavors including Starbucks and TJ Maloney’s, Martin is well-versed in the world of restaurants.

“I fell in love with the industry,” Martin said simply. “And I have worked in many places, but I have never once worked in a place where not a single member of the staff has a negative thing to say about their employer until I came here. Everyone has great things to say about Mike and Jennifer [Leeson]. They are extremely supportive and open to new ideas.”

Outside of work, Martin is all about the arts. She plays the piano (and has been doing so since the age of eight), loves to be outside with her son, and runs an online Etsy business where she sells hand-knit and hand-crochet items.