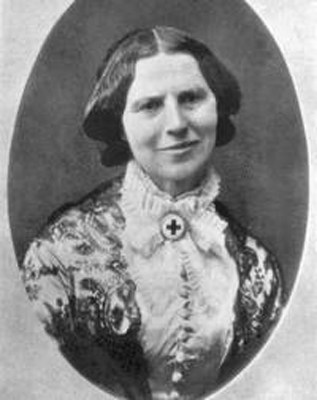 Chicken Pesto Pasta $10.95
A homemade creamy pesto sauce topped with grilled chicken, served on tri-colored pasta. Garnished with fresh tomatoes and carrots and served with a slice of garlic toast.

Clara Barton became a teacher, worked in the U.S. Patent Office, and was an independent nurse during the Civil War. She spent much of her life in the service of others. Not content with sitting on the sidelines, while serving as an independent nurse, she was nicknamed "the angel of the battlefield". After the War ended, she worked for the War department helping to reunite missing soldiers with their families. In 1881 she founded the American Red Cross Society and served as its first president...