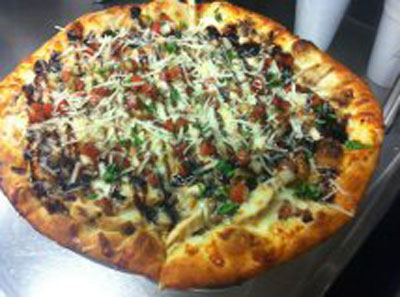 As a child, Audie Leon Murphy dreamed of someday joining the Military. He enlisted after the attack of Pearl Harbor in 1941 but was declined due to underage. In 1942 he tried enlisting again and was declined by the Marines, Navy, and Army paratroopers due to his size (5' 5-1/2" tall at 110 pounds). 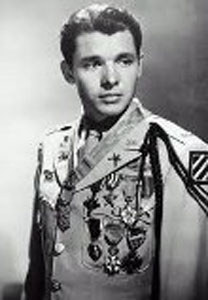 Through his persistence, the US Army finally accepted him and he eventually went to Europe to fight in WWII. His determination to prove himself elevated him through the ranks.

In 27 months of action, he received 32 awards for his actions including the Military's highest "Medal of Honor". Murphy became famous and regarded as the most decorated soldier of WWII.

After the War, Murphy became a celebrated movie star, appearing in 44 films as well as composing country music. We salute Murphy for the great risks, contributions and sacrifices he made for the country.