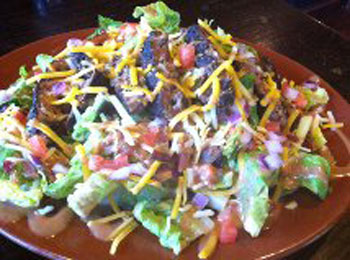 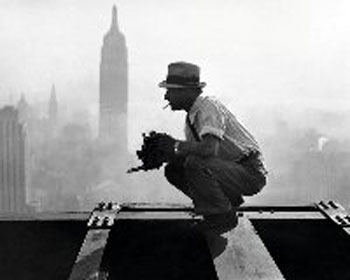 Captivated by photography at a young age, Ebbets bought his first camera by charging it on his mothers account at a local drugstore when he was eight. He later started his career as a still photographer which led him to many adventurous jobs including acting, being a pilot, a wing-walker, an auto racer, a wrestler, and a hunter. He became known as a dare-devil photographer who could get images that no one else could. By the 1930's Ebbets was a well known photographer and had his work published in the major newspapers all across the United States. In 1932, he was appointed the photographic director for the construction of the New York Rockefeller Center. It was there were he conducted his most famous works by taking death defying photos of Ironworkers constructing the buildings. His photo "Lunchtime atop a Skyscraper" of workmen having lunch on a steel beam high above the city of New York was printed in major newspapers all over the country and has since sold more copies than any other single image in stock photography history. It has been called an iconic representation of twentieth century photography and is one of the most recognized photos in existence as well as being memorialized in statue form atop of our own building. We salute Ebbets for his willingness to take risks and document how others were willing to do so as well.