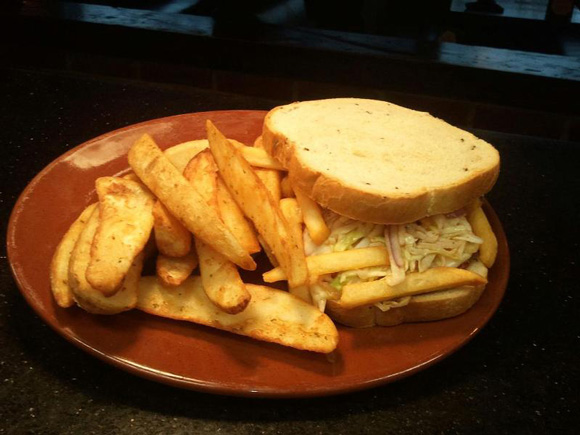 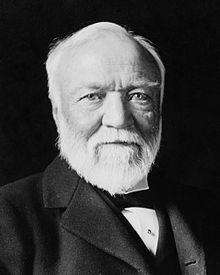 Andrew Carnegie was a Scottish-American Industrialist who led the enormous expansion of the American steel industry in the late 19th century. Born of very humble beginnings, Carnegie's first job was as a factory worker in a bobbin factory. Later on he became a bill logger for the owner of the company. Soon after he became a messenger boy, then started working for a telegraph company and kept progressing up the company ranks. Not content with wanting to work for others his whole life, Carnegie later built Pittsburgh's Carnegie Steel Company, which later merged with Federal Steel Company and several other smaller companies. Carnegie earned most of his fortune in the steel industry and became one of the "Captains of the Industry". By the 1890's the company was the largest and most profitable industrial enterprise in the world. He sold it to J.P. Morgan in 1901 (creating the US Steel Company), and devoted the rest of his life to large scale philanthropy with emphasis on libraries, world peace, education, and scientific research becoming one of the most important philanthropists of his era. His life has often been referred to as a true "rags to riches" story...