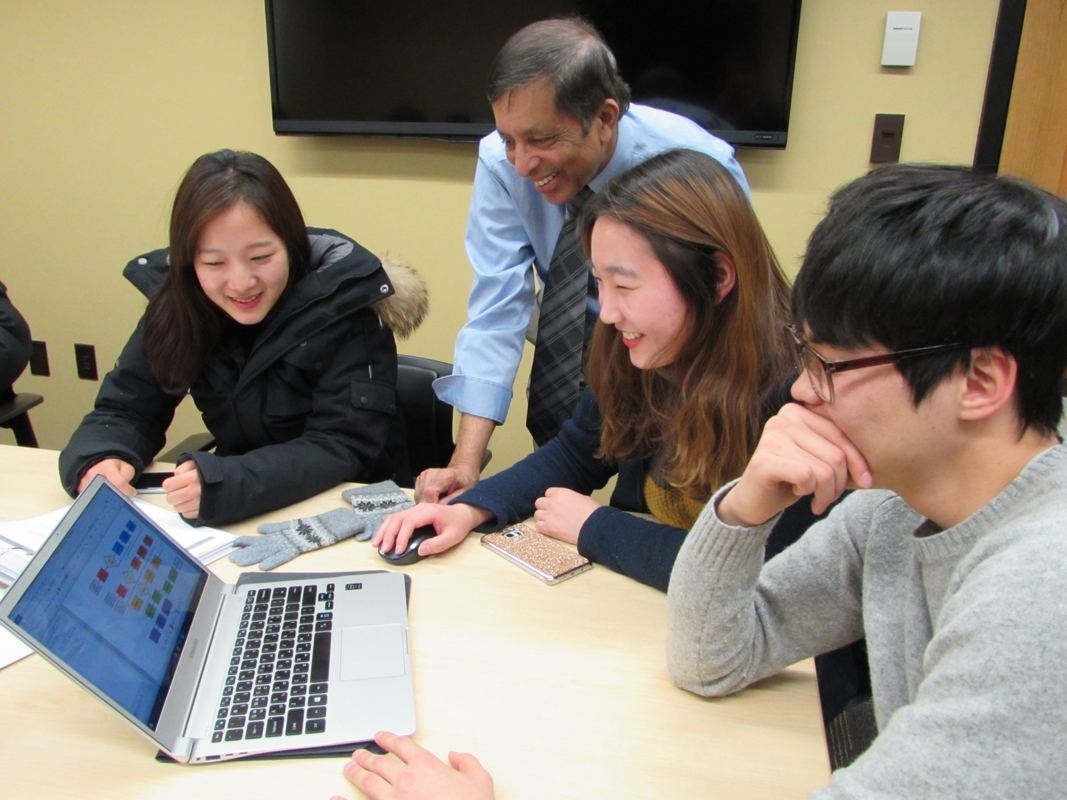 When 13 South Korean nursing and emergency medical technician students visited Purdue University Northwest’s Calumet campus in January, they were impressed by the two-way exchange of communication that occurred in their host’s classrooms.

“In South Korea, if we have questions, we do not ask them until after class,” Nalae Sung of Kyungil University said. “Here, we (felt) freer to express ourselves.”

In February, Purdue Calumet’s College of Technology provided 100 hours of experiential learning to 15 students and a faculty member from South Korea’s Kumoh National Institute of Technology.

Another international group of 15 students from Japan’s Nanzan University concluded a two-week visit at the Calumet campus March 4, studying English and engaging in engineering and science instruction.

Colleges and the Office of International Affairs of PNW’s Calumet campus have collaborated to host these short term study experiences for international students.

Global health issues & relationships
“For several years, one of the strategic goals of our College of Nursing has been to provide opportunities for our students to experience and/or learn about global health issues and the nursing role in addressing them,” Professor, former Purdue Calumet Provost and Dean of Nursing Peggy Gerard said. “Our plan has been to develop relationships with nursing programs in other countries.”

In doing so, Gerard said the curriculum of their recent South Korean guests at first glance “looked very similar to ours, but we learned that the way in which it is implemented is very different.”

The nursing guests of the Calumet campus, who engaged in classroom, laboratory and on-site hospital learning, also picked up on several differences—educationally and culturally.

Health culture differences
“In Korea, the doctors do almost everything, but in America, the nurses do a lot,” South Korean nursing student Hanbit Kang said.

Another nursing student, Wooheyeon Jeong, was impressed with “the good manners” of his American student peers, demonstrated by their actions of “holding doors open and saying ‘Excuse me,’ ‘How are you?’ and ‘Have a good day’,” he said.

The South Korean students also were quick to point out a key difference between American and South Korean hospitals.

“There are four to eight patients in Korean hospital rooms,” Jeong said.

Gerard added, “The visiting students were surprised by the close relationship our students have with their nursing faculty. Our guests were so impressed with the respect and authority nurses have in our healthcare system.”

Win-win experience for students
McLees said the visit by the engineering and technology students was a win-win for PNW Calumet and South Korean students.

“The opportunity for Calumet students to work side-by-side with international students enhanced our students’ understanding of different cultures and communication styles while also helping prepare them to work in a global market of advanced design and manufacturing,” he said. “As for the South Korean students, what was particularly gratifying was seeing them complete their projects and achieve short term industrial solutions.”