How was the jump to Purdue? 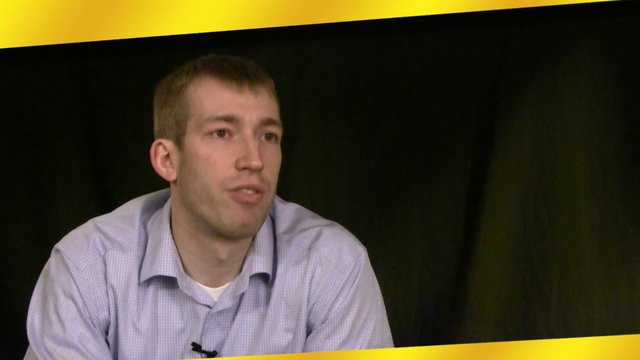 It was a crazy year to be honest. It was something that I wasn’t ready for in terms of the success we had. If you really look at the first part of the season we lost Wafford, who was not good. We Iowa State got last in the Big 12 and we lost to them. And we almost lost to Missouri State. It was out in Las Vegas in this tournament right before Christmas. The season was a disaster up to that point. But then we started winning some games, lost a close one to Michigan State and then won like 13 or 10 games in a row in the Big Ten. We became ranked and it was just so unexpected.

It was probably the most fun year in college because there were no expectations, we would just go out and play. We beat Wisconsin and students stormed the court. Won at Wisconsin which was incredible because I believe at that time the only other team in the Big Ten that had won was Illinois with Dee Brown and Deron Williams and Luther Head so that was incredible. We beat Michigan State at home like three nights later who ranked 9th in the country. It was like “What is going on here!” It was such a crazy experience for me.

I think it was easiest for me because out of the four recruits that we had I think I had the least amount of pressure on me to perform right away, because E’Twaun was known to be this big scorer. Scott was known to be this big scorer and JuJuan was known to be this guy that had so much potential. And I think it was easier for me. I’m glad it was like that because I was able to go in and be under the radar a little bit. I had a feeling that things were going to go well just from the way that things went in the summertime and coach Painter had definitely put a lot of confidence in me to play. It was a great experience.

What was it like to go from being under the radar to being on the radar?

It was fine because in High School we were like number one in the state a lot and my AAU team was ranked in the top ten with me, ETwaun and Scott playing for SYF. We were always pretty successful and had been pretty highly ranked, so that wasn’t something we had a problem with. It was nice to kinda come in and get acclimated under the radar. So once we were there it was fine. It was something that I enjoyed playing with and it was something that you obviously want because you want to be good. Obviously if you’re not dealing with that pressure then you’re probably not on a good team. It was something we were ready for, it was just nice to not have it right away.”

What are the first signs that you feel like you’re getting your game back?

“The first couple of times you’re really trying stuff out. You don’t want to jump into the deep end of the pool when you can’t swim. It’s a weird experience because you've played basketball your whole life, done things your whole life and then all of a sudden something so minute and routine goes wrong and it’s like ‘Should I do that anymore?’.

I dealt with it with Coach Painter whenever I’d drive to the basket for the first couple of weeks of practice, when I came back the second time he kept telling me ‘Rob, you’ve got to jump-stop. You have to be under control’ and it was like ‘Hey, last time I jump-stopped I tore my ACL. Sorry I don’t want to do it right now.’. But you start to do it and you start to get more accustomed to it and after awhile you just forget about it all together.“

“It’s been good for me. It’s been something where you’re dealing with a lot of different people, a different culture and you kind of get to see how good you had it. Like at Purdue we just got that $99,000,000 renovation. New locker rooms, new weight room, new practice facility, the court has been redone. My team in Spain, we lived with the general public, you appreciate how good you had it I guess. But at the same time it’s a good experience.

The NBA is more based off of athletes whereas Europe is more based off of skill. I think that’s a pretty fair statement. But a lot of teams play a lot of pick and roll basketball which is what the NBA has become. Our team is a little different. We run kind of like a motion offense which is pretty unique for the league. But you have good players. You have Andrés Nocioni, Juan Carlos Navarro who is the Spanish all time leading scorer in Olympic history. There’s Rudy Fernández who decided to leave the NBA and go play back in Spain because he’s from there. There are good players, it’s supposedly the second best league in the world and I believe that.”