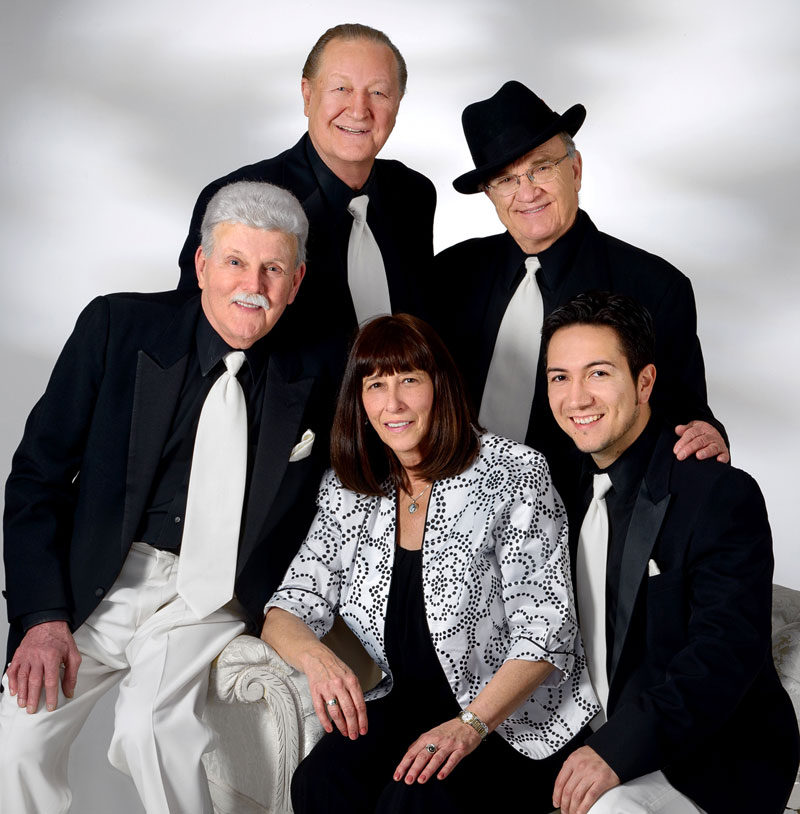 With the amazing success of the musical hit “Jersey Boys” touring throughout the country, and the even more recent release of the Clint Eastwood’s Jersey Boys movie, the a cappella doo wop sound has never been more in the forefront!

Audiences of all ages are thirsting for this fun, uplifting, harmonic vocal style that simply makes you feel really good!

No other group delivers it better than Harbor Lights
Five seasoned entertainers with individual histories of performances at The Whitehouse and “Voice of America” in our nation’s Capital, the 100th Olympiad in Atlanta, and entertaining U.S. troops in Europe, George Carl, Dave Mitchell, Cheryl De Rosier, Jim Calinski, and Fernando Rodriguez are the ultimate Doo Wop a cappella vocal band.

Harbor Lights has been delighting audiences and selling out theaters around the country for more than a decade. Individuals in the group have shared the stage with The Temptations, Smokey Robinson, The Coasters, The Drifters and the Diamonds. They have done personal performances for former Secretary of State Hilary Clinton. They wrote and recorded the official theme song for two professional baseball teams. They have sung the National Anthem for The Chicago White Sox, The Chicago Cubs, The Chicago Bulls, The Indiana Pacers and The Detroit Pistons. They are recording artists for Collectables Records out of Philadelphia. They have five great doo wop albums with international distribution. All will be available for purchase at the concert.

Flashback to the fifties and sixties!
Harbor Lights’ presentation takes you back to a time when Poodle skirts, sock hops, and juke boxes were the lifestyle of teenagers. The group pays tribute to all the fantastic vocal groups that started out singing on the street corners of New York, Chicago and Philadelphia, and eventually rose to stardom on the radio and TV. It’s a musical journey back to a simpler, less complicated, more romantic time. Every song will stir fond memories of your youth. You will be transported back to I Love Lucy, American Bandstand, poodle skirts and pony tails.

When the curtain goes up they become a vocal band.
As they break into song it takes the audience a while to realize that there is no instrumental accompaniment. Not even a pitch pipe. The group laughingly terms it as “singing without a net”. Their unique vocal arrangements bring the tunes together seamlessly. Who needs a band?

As they move through the show they fold the history of the music into their presentation and the audience becomes part of the show. Lots of Humorous stories and interesting trivia.