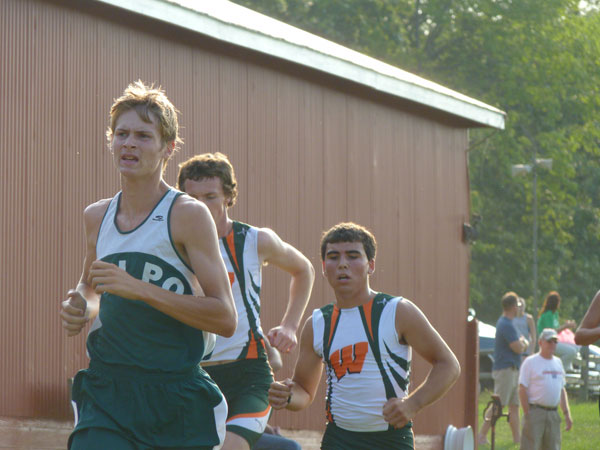 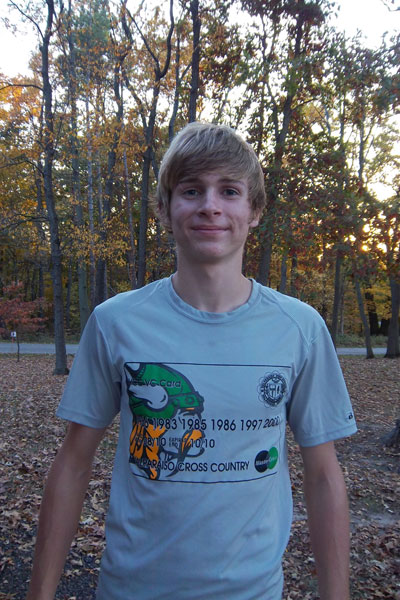 Senior Evan Ouellette has enjoyed running cross country for Valparaiso High School, he says "besides getting up early, practices were fun". He chose to run cross country to stay in shape, he has ran all four years of his high school career. Evan Ouellette is a newer member of the VHS Cross Country team. He is a senior at VHS but didn't start high school in Valpo. Evan ran his first race his freshman year when he attended school in Maryland.

Evan's favorite course to run is the New Prairie course. New Prairie hosts an annual invitational every year. Top state-qualifying schools come through the invite at New Prairie from all over. This year's invite was supposed to have run three races: Varsity, Frosh/Soph and Reserves. Evan was slotted to run in the Reserves race with dozens of runners form several schools, but it was canceled on account of the weather. Valpo reserves didn't give up though, after waiting all day, they ran in the rain anyway. They ran for times only, times and the satisfaction of finishing a job they came to do. This was Evan's favorite meet of the season because he, as well as his teammates, persevered. New Prairie is where Regionals and Semi-State meets were held this year as well. It is also a favorite course to run because it is considered a PR (Personal Record) course, which is where Evan got his PR of 18:41. 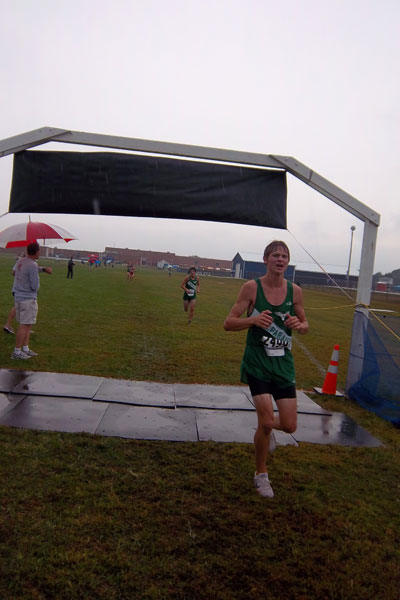 While training, Evan prefers to run in temperatures between 60-70 degrees, he says "that way it's not so hot that you're dying out there, but not so cold that your throat gets sore". He also likes to eat just about any kind of pasta before a race, but his favorite pasta dish is stuffed shells with meat, diced peppers, tomatoes and cheese inside giant shells. Since there will be no more morning practice, Evan says he still plans to keep running to get ready for Track Season in the spring but will definitely take some more time to sleep in make up for "Lost rest".

Since the Chicago Marathon is still fresh on everyone's mind, I asked Evan if he ever planned on running a marathon, he said "No way, 26.2 miles is about 26 miles too long". I'm sure he's not the only one that feels that way 26 miles is a lot different that a 5k.