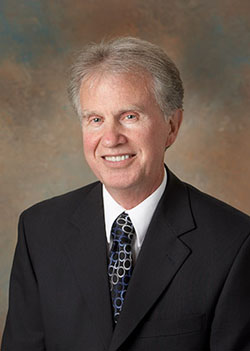 In recent years, under the leadership of Mayor Costas, the City of Valparaiso has taken steps to improve its image and make it a more open community. More specifically, a) in 2008, following a newspaper account (see NWI Times, 09/09/07) of the experience of an African American woman, employed at the VU Law School, and her children, who attended the Valparaiso Community Schools, Mayor Costas established an advisory Human Relations Council (formalized by an Ordinance in 2011); b) in December 2014 the City Council adopted the ValpoNext report, including an initiative (3a) that addresses the need for more “affordable housing” in Valparaiso; and c) in May 2016 the City Council adopted an ordinance that prohibits discrimination based on race, sex, national origin, age, religion, veteran status, familial status and disability, as well as sexual orientation and gender identity.

On October 24, 2016, the City Council took a huge step backward by voting 4-3 to reject the Aurora View project, a joint effort by a private investor and several not-for-profit organizations to provide housing for persons with disabilities as well as low income families. It was rejected by the Council, even though Mayor Costas supported the project and it was approved by the City Plan Commission in late September 2016. More significant than the rejection itself, was the tone of the opposition based on stereotypes assigned to the potential occupants of the proposed housing.

More than thirty years ago, the U.S. Supreme Court determined that the City of Cleburne, Texas, violated the equal protection clause of the fourteenth amendment to the U.S. Constitution when it denied a special use permit for the operation of a group home for persons with developmental disabilities. The Court concluded that the action of the Cleburne City Council “appears to us to rest on an irrational prejudice against [persons with a mental disability] who would occupy the [proposed] facility and who would live under the closely supervised and highly regulated conditions expressly provided for by the state and federal law.”

The action of the Valparaiso City Council, like the action of the Cleburne City Council, needs to be addressed, if not by the Council itself, by the courts and/or the voters. We cannot return to “old Valpo,” in which only some people were welcome. Valparaiso is a good City with many wonderful features, and it can become a great City when these wonderful features are accessible to all who live here.