From the Summer 2011 StayHealthy publication

According to the Centers for Disease Control and Prevention (CDC), lung cancer continues to be the leading cause of cancer-related deaths for both men and women in the United States. Sadly, nearly 1.1 million Hoosiers continue to smoke cigarettes, which is known to be the cause of between 85 and 90 percent of all lung cancers.

“Indiana consistently ranks sixth or seventh in adult smoking among states with the highest smoking prevalence,” stated Hematologist and Medical Oncologist Mary Klein, MD. “We are losing 9,800 Indiana residents every year to a disease that can be prevented.” Klein said she believes several factors account for Indiana’s high ranking. “We have a very low cigarette tax, which means there are fewer funds available for anti-tobacco programs, and Indiana still lacks a comprehensive smoke-free law. I applaud Valparaiso’s proactive city-wide smoking ban.” 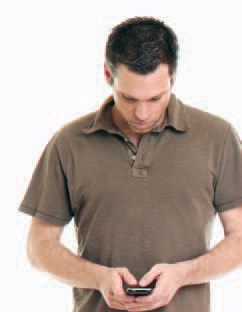 Klein noted that while lung cancer is often incurable, it is preventable and says the thing to be done first and foremost is to stop smoking or never start. “The life expectancy for a smoker is 20 years less than a non-smoker, however when smokers stop for five years, their risk is cut in half,” she said, “and after 10 years, the risk level returns to almost normal.”

The life expectancy for a smoker is 20 years less than a non-smoker.

If you are a smoker and are ready to stop, Klein urges you to talk with your physician and contact the Indiana Tobacco Quitline at 1.800.784.8669 or www.in.gov/quitline. “The Quitline is a great resource, because it provides one-on-one coaching among other benefits.”