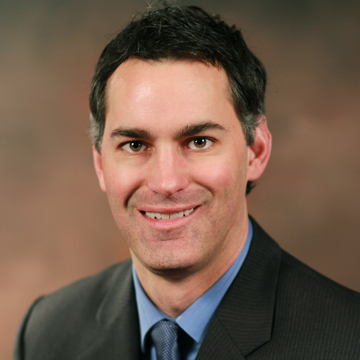 Indiana University Northwest announced the appointment of Ryan Shelton as its new athletic director. A two-time IU Northwest alumnus and head coach of the women’s basketball team for the last 10 years, Shelton begins his new role on May 1.

Shelton has been an important contributor to IU Northwest for nearly two decades. He earned his bachelor’s degree in fine arts in 2000, and a master’s degree in public affairs in 2005, both at IU Northwest. For the last 17 years, he was the lead graphic designer for the Office of Marketing and Communications, a position he held while coaching the RedHawks women’s basketball team.

Shelton sees this combination of experience as a student, professional marketer and coach as an important component of his leadership capability and focus on making academics a strategic priority. “I’ve experienced first-hand the high-quality education we provide,” he said. “I am excited to continue to make the academic success and athletic experience of student-athletes our top priority.”

As head coach of women’s basketball, Shelton led the team to eight winning seasons in the past nine years, including six 20-win seasons, five national tournament appearances and multiple conference championships. In March, he was named the National Association of Intercollegiate Athletics’ (NAIA) Association of Independent Institution (AII) Conference Coach of the Year for the fourth time.

In his new role, Shelton will continue to serve as head coach of the women’s basketball team, and also take on the responsibility of overseeing IU Northwest’s six other NAIA Division II teams: men’s basketball, men’s and women’s cross country and golf, and women’s volleyball.

Joining Shelton in the head office is Anna Villanueva, who was recently named assistant athletic director. Villanueva is a former RedHawk who lettered in volleyball for four years, and basketball for three years, while studying at IU Northwest. Starting as a student worker in the Office of Student Activities, she worked her way up to director of operations. 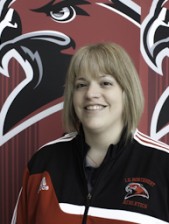 Villanueva earned a bachelor’s degree in business administration at IU Northwest in 2005 and a master’s degree in sports management from Southern New Hampshire University in 2013.