Indiana University Northwest is proud to announce the 2015 inductees of the RedHawk Athletics Hall of Fame.

The Hall of Fame, now in its second year, serves to recognize those whose contributions to the IU Northwest athletics program have made a profound difference in the overall success and prestige of the program. This distinguished honor recognizes individual leadership and success while being part of a team at IU Northwest.

The 2015 inductees will be honored at the IU Northwest Athletics Banquet at 7 p.m., Thursday, April 23 at the Radisson Hotel in Merrillville.

Athletics Director Kristofer Schnatz described Bainbridge as a coach who invested much time and energy into what was once a fledgling program.

“Tom is one of those coaches who was here through very thin years, he kept the program moving forward through some challenging times,” Schnatz said. “He was instrumental in creating what we have now -- a varsity level program that competes at a national level.”

Schnatz said that when the selection committee was first discussing the idea of a Hall of Fame and reviewing its nominees, Preston Thomas’s name quickly rose to the top of the list.

“Preston remains one of the top players that IU Northwest has seen,” Schnatz said. “He is just a great teammate and really represented the program in a positive way while he was here.” 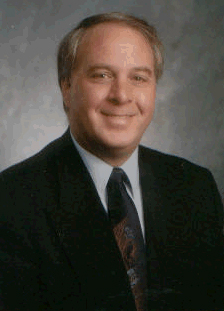 Bainbridge was hired as a baseball coach in 1993 by previous HOF inductee Linda Anderson. He was soon called on to be a temporary basketball coach as well, a role which lasted 15 years. His fondest memories are the ones that involved watching the growth of the student-athletes themselves.

“Having the honor of being a part of (the athletes’) lives at a critical time when they have critical decisions to make for their future is beyond any expectations I could ever have,” Bainbridge said. “To have these young men come and talk to me about everything you can imagine and see me as their confidant is the greatest thing that could happen to anyone.”

The inaugural inductees into the IU Northwest Hall of Fame, representing the 2014 class, were IU Northwest Chancellor’s Professor Charles Gallmeier and Linda Anderson, who served as the campus’s first athletics director and a co-founder of the program.

Tickets for the IU Northwest Spring Athletics Banquet are $25. Reservations can be made by contacting Anna Villanueva at (219) 980-6944 or avillanu@iun.edu.